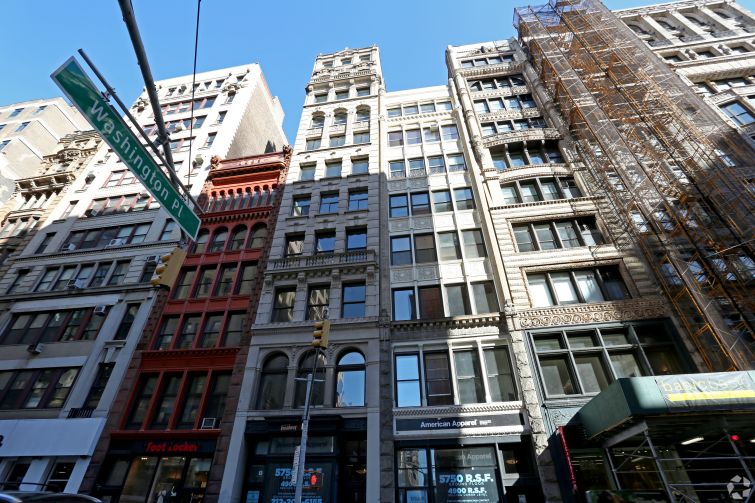 Fitness concept FitHouse is opening two new locations in Manhattan after launching its first one three months ago, Commercial Observer has learned.

The boutique workout chain has signed a 6,800-square-foot deal at 20 West 14th Street, according to information provided by the tenant’s broker, Cushman & Wakefield. FitHouse will occupy the entire ground floor of the building, which is located between Fifth Avenue and Avenue of the Americas in the Union Square area.

The asking rent in the deal was $200 per square foot, according to a C&W spokeswoman. The deal is for 10 years, according to Albert Manopla of Kassin Sabbagh Realty, who represented landlord Jem Realty Management.

“FitHouse is at the leading edge of the next wave of fitness concepts and 20 West 14th Street, sitting at the crossroads of Flatiron, Union Square, Chelsea and Greenwich Village, is an ideal location to expose their brand to a wide audience,” Manopla, who handled the deal alongside colleagues Samuel Chera and Solomon Sharaby, said in a prepared statement.

In the second transaction, FitHouse inked a 5,500-square-foot transaction at Time Equities’ 712 Broadway in Noho. The company will occupy the entire ground floor and lower level of the building between Washington Place and East Fourth Street. The asking rent in the deal was $250 per square foot, the C&W spokeswoman said. She and Time Equities declined to disclose the length of the deal.

“With Google, Four Square and many other smaller tech firms taking large chunks of office space in the immediate neighborhood, along with [New York University], Cooper Union and the New School within blocks, the location seems like a natural for FIthouse,” Scott Klatsky of Time Equities, who represented the landlord in-house with colleague Scott Schneidman, said in a prepared statement.

The Union Square outpost will open in the third quarter of the year, while the Noho establishment will bow next month.

A C&W team of Brandon Singer, Michael Cody and Ethan Berenzweig handled both deals for FitHouse.

“The retail location at 14th Street and Fifth Avenue gives FitHouse amazing exposure to the ever-active Union Square and Flatiron neighborhoods with incredible foot traffic and great transportation accessibility,” Singer said in a statement. “Additionally, 712 Broadway is located in Noho, one of the most trendy Manhattan neighborhoods, offering perfect co-tenants, high foot traffic and access to the brand’s target audience.”

FitHouse co-Founders Clément Benoit and Ben Chemla, who raised $10 million in venture capital to start the company, opened the first studio at 276 Bowery near the intersection of East Houston Street in Nolita in March.

The studio offers members unlimited classes for $99 a month, including yoga, high-intensity interval training (HIIT), barre and dance. FitHouse is negotiating with landlords for another six locations in the city and is hoping to open those outlets within the next year.