Sweetgreen Is Sweet on Hudson Yards, With New Lease for Lots of Green 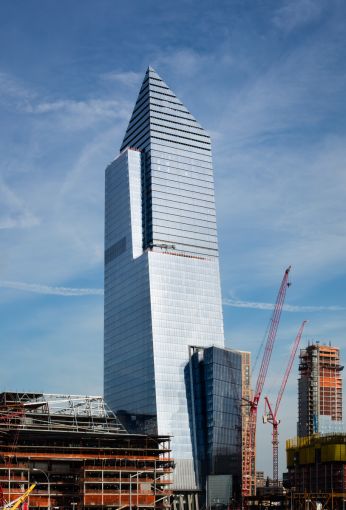 The chain has taken 2,000 square feet in a 10-year deal (with options) on the ground floor of the building, which will be home to a 35,000-square-foot food hall from José Andrés, sources told CO. (Sweetgreen will be off of the lobby, and not part of the food hall.) There was no asking rent for the space at the 52-story, 1.7-million-square-foot skyscraper, which straddles West 30th Street between 10th and 11th Avenues, but retail asking rents in the area are start at about $250 per square foot, one source said.

Sweetgreen is expected to start construction imminently with an open date slated for this summer. Office tenants at the property include Coach, L’Oreal and SAP.

SCG Retail’s Jacqueline Klinger and Taryn Brandes represented the tenant in the deal. Klinger declined to comment. Kevin Stuessi and Ryan Helkowski of Related Companies represented the landlord—a partnership of Related and Oxford Properties Group—in-house. Stuessi didn’t immediately return a request for comment and nor did a Related spokeswoman.