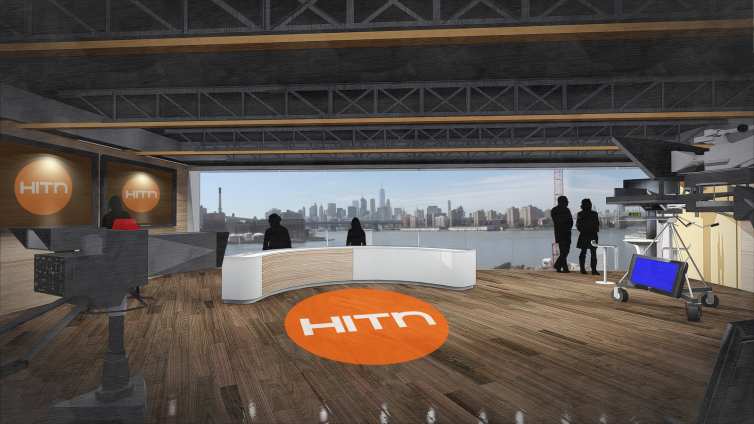 The Hispanic Information and Telecommunications Network, the largest Spanish-language broadcasting network in the United States, is growing its headquarters in the Brooklyn Navy Yard.

HITN inked a 10-year deal for 61,000 square feet at the four-story Building 292, where it currently occupies 21,000 square feet, the Brooklyn Navy Yard Development Corporation announced in a press release last week. The 40,000-square-foot expansion will include 25,000 square feet of additional space and 15,000 square feet for a rooftop studio. HITN expects to spend $14 million building its new headquarters, which will encompass the station’s offies, production studios, editing suites and core tech space. Asking rents and the brokers involved in the deal weren’t disclosed.

The bigger headquarters will enable the network to produce more of its own content, according to Crain’s New York Business, which was the first to write about the transaction. The Navy Yard estimates that HITN will add 40 to 65 new employees to its current 57 workers as part of the expansion. The Spanish language cable network has been in the yard since 1996.

“We now reach 43 million households and more Hispanic families than ever before, and as a result, our operations have grown to the point where we need additional office space to accommodate our growing staff and additional studio space to continue producing the compelling, smart content that Hispanic families can’t find anywhere else,” HITN President and CEO Michael Nieves said in a prepared statement. “Since Brooklyn has now replaced Manhattan as New York’s destination for media productions, it was only natural that our expansion occur at the yard.”

Navy Yard President and CEO David Ehrenberg said in a statement that HITN’s growth satisfies  the yard’s mission of “delivering a diversity of high-quality jobs that are accessible to the local community.”

Elsewhere in the Navy Yard, Rudin Management and Boston Properties are wrapping up construction on Dock 72, their 675,000-square-foot office building anchored by a 220,000-square-foot WeWork. The property is expected to open this fall.