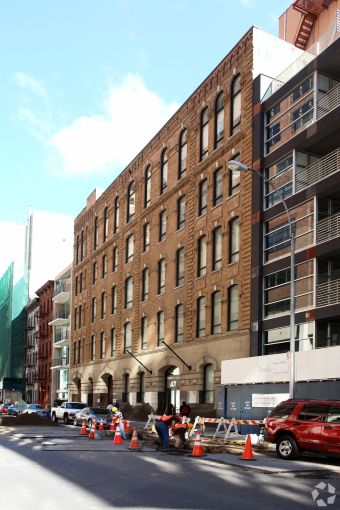 The School of Visual Arts has signed a 54,000-square-foot deal for the entire building at 335 West 16th Street to maintain its classrooms for fine arts for two more decades, according to the organization’s broker, Lipinski Real Estate Advisors.

The institution inked a direct lease with the landlord, 335 West 16th LLC, that begins in August 2022 and ends in July 2042. (The LLC is led by David Fine, city records indicate.)

SVA currently occupies the entire building on a sublease with ADT Security Services that began in 2008 and ends in July 2022. Lipinski Real Estate declined to disclose the asking rent in the transaction via a spokeswoman. The New York Post first reported news of the deal.

“We are delighted to secure this long-term commitment in a such a renowned neighborhood for our students,” David Rhodes, the president of SVA, said in a prepared statement. “With Chelsea’s art scene at our back door, students can be in touch with art history in the making.”

The school houses sculpture studios, private studio spaces and fine arts digital labs in the building. Neil Lipinski of Lipinski Real Estate Advisors represented the school in the deal, while the landlord did not have a broker.

“Situated in the heart of Chelsea, locking in such prime space in an ideal neighborhood gives SVA certainty of location and rent,” Lipinski said in prepared remarks. “At the center of art and innovation and with neighbors such as Google, the building is within walking distance from some of the most distinguished art galleries and exhibits in the country.”

SVA’s main location is at 209 East 23rd Street between Second and Third Avenues. And the school recently signed an 11-year extension of 80,000 square feet at ABS Partners Real Estate’s 380 Second Avenue, as CO reported in December 2017.