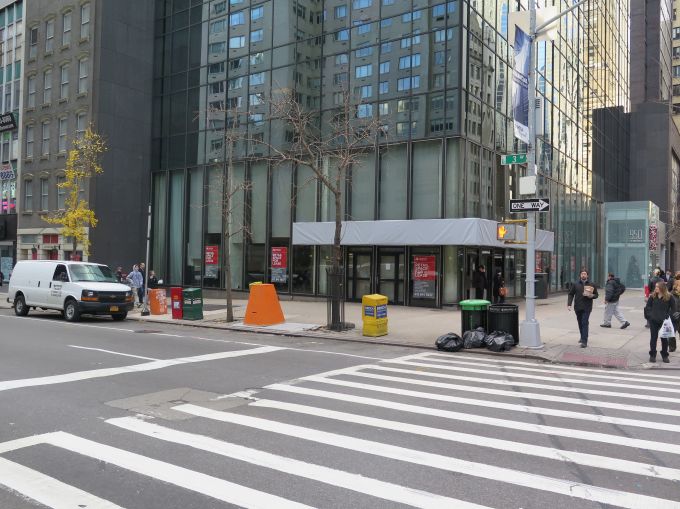 Roche Bobois, a French furniture design company and retailer, has completed a 10-year, 8,200-square-foot lease at 950 Third Avenue to relocate and more than double its Midtown East store, Commercial Observer has learned.

The company will occupy the entire ground floor, mezzanine and basement of the building at the corner of Third Avenue and East 57th Street, which is owned by real estate developers Naomi and Andre Altholz.

Roche Bobois is relocating from its current side street outpost nearby at 207 East 57th Street and plans to open in the new location the fall, according to Cushman & Wakefield. A C&W spokeswoman declined to disclose the asking rent.

“We were able to offer Roche Bobois the opportunity to relocate from an in-line unit on 57th Street to a prominent and visible corner at 950 Third Avenue, while providing ownership with an ideal, top-tier tenant for their space,” C&W’s Joanne Podell, who handled the deal for the landlord with colleagues Brandon Singer and Mary Clayton, said in a prepared statement.

Steven Greenberg of The Greenberg Group handled the deal for Roche Bobois, which opened the East 57th Street location in 2013. There it has 3,800 square feet, according to The New York Times. Roche Bobois’ original New York City location is at 200 Madison Avenue at the corner of East 35th Street. Greenberg did not immediately return a request seeking comment.

“We believe Roche Bobois was a perfect fit for our asset,” the landlords said in a joint statement. “Roche Bobois is a prestigious international brand, and we are pleased to welcome them to 950 Third Avenue.”