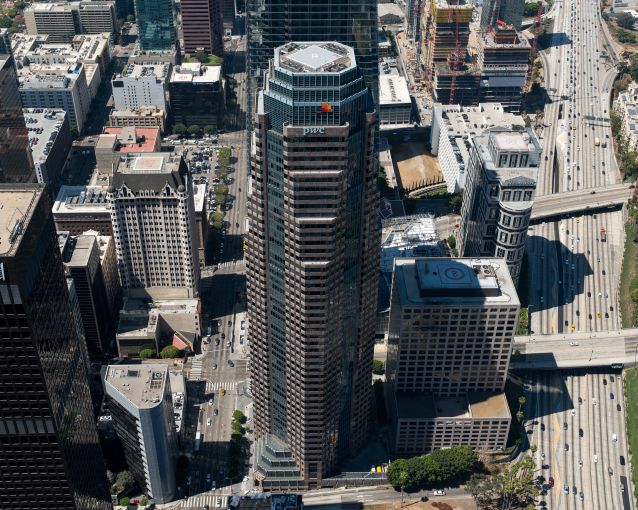 Preferred Bank has renewed and expanded its headquarters office lease to 37,000 square feet at the Brookfield Properties campus at 601 South Figueroa Street in Downtown Los Angeles.

The $3.8 billion commercial bank with $3.8 billion in assets founded in 1991 currently occupies 22,000 square feet, or the entire 29th floor, but, with the 10-plus year lease expansion signed with Brookfield last month, will be relocating to two undisclosed floors spanning 37,000 square feet within the office tower, according to a Brookfield spokeswoman.

“Downtown Los Angeles has been our home for many years and our company growth mirrors the great success of this thriving business district,” said Li Yu, the chairman of the board and CEO of Preferred Bank, in a prepared statement. “We are excited to expand our Downtown L.A. headquarters and stay within Brookfield’s Figueroa at Wilshire.”

Jim Travers of Travers CRESA represented Preferred Bank in the deal and  Brookfield was represented in-house by Marin Turney and John Barganski. Travers did not return calls for comment. The spokeswoman for Brookfield declined to release further details about the lease.

Downtown Los Angeles office leases stand at an asking rate of  $3.55 per square foot per month, according to CBRE research for the first quarter of 2018, putting the potential value of the Preferred lease at $131,000 per month, or $1.5 million a year.

Preferred Bank’s lease commitment coincides with Brookfield’s announced plans to open modern conference and fitness facilities to be operated by Convene as well as a new Two Guns Café in Figueroa at Wilshire.