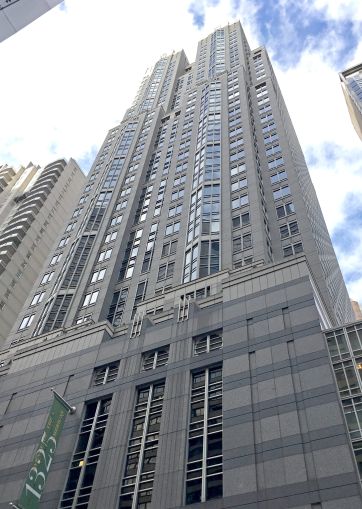 Educational publisher McGraw-Hill Education has inked a lease for more than 136,000 square feet of office space at 1325 Avenue of the Americas in Midtown, landlord Paramount Group announced Wednesday.

McGraw-Hill is taking the entire fifth through ninth floors and part of the 12th floor at the 34-story, 815,000-square-foot office building between West 53rd and West 54th Streets, Paramount said in a press release. The publisher agreed to take a total of 136,176 square feet for a lease of just over 16 years.

Asking rent and the brokers involved in the transaction were not immediately clear, though a Paramount team of Peter Brindley, Douglas Neye and Sean Kirk handle leasing for the building, according to Paramount’s website.

It was also unclear whether the deal represents a relocation or an expansion of McGraw-Hill Education’s existing New York City office footprint—though it is more likely the former, given that the company already occupies nearly 122,000 square feet at Vornado Realty Trust’s 2 Penn Plaza, according to CoStar Group.

The transaction is a major boost for Paramount’s efforts to lease up 1325 Avenue of the Americas, which was just under 81 percent occupied at the end of the March, the landlord said. The deal with McGraw-Hill pushes the building’s occupancy to 95.4 percent.

While representatives for Paramount declined to provide additional comment, Brindley said in a statement that the lease “is a testament to the appeal of 1325 Avenue of the Americas, and our ability to cater to the highest-quality tenants who desire the unparalleled infrastructure our assets offer while being ideally located in one of the most dynamic office corridors in Manhattan.

Representatives for McGraw-Hill did not immediately return a request for comment.