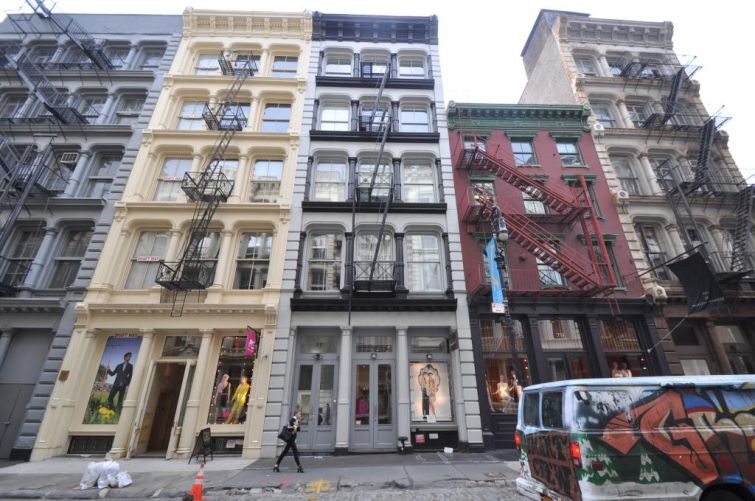 The label has signed a 10-year deal to take all 2,200 square feet of ground-floor retail space at the base of the five-story apartment building between Broome and Spring Streets, according to sources with knowledge of the transaction. Eleventy will also take roughly 300 square feet of lower-level storage space at the location, which previously housed a now-shuttered Nicole Miller fashion boutique.

Asking rent in the deal was $600,000 annually, or around $275 per square foot for the ground-floor space, sources said. The store is expected to open this summer and will be Eleventy’s first permanent, standalone retail location in the city. The brand currently has an office and showroom on the ninth floor of 80 West 40th Street near Bryant Park in Midtown, and has operated shop-in-shops at locations including the Bloomingdale’s department store at East 59th Street and Third Avenue. Eleventy also opened its first permanent North American store in Toronto last fall.

“We are excited to have found Eleventy a great, long-term home where they can grow their business and reach their customers in new ways,” Henick said in a statement. “I’m confident that Soho will prove to be a huge success for their brand.”

RKF’s Petersen said in a statement that the landlord “was attracted to Eleventy’s luxury concept” and that the designer “will contribute to the growing synergy of high-end retailers on the block, including Hermès, Saint Laurent and Watches of Switzerland.” Ali declined to comment.