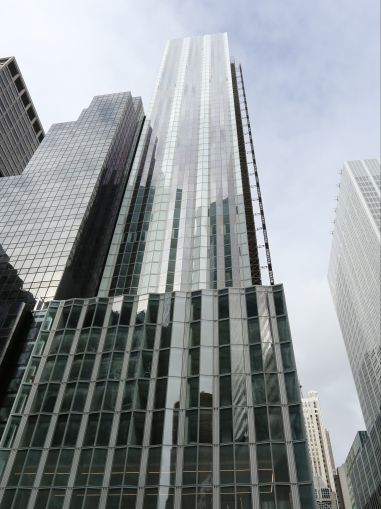 Aby Rosen is known for having particular tastes when it comes to the culinary tenants that occupy his properties, so it should be no surprise that he’s tapped renowned French chef and restaurateur Joël Robuchon at his new residential condominium tower at 100 East 53rd Street in Midtown.

Robuchon is set to open a new two-story restaurant at the Foster + Partners-designed building in the next six to eight months, The New York Post reported earlier this week. While specifics on Robuchon’s lease on the space were few and far between, a spokeswoman for Rosen’s RFR Realty confirmed that the restaurant will occupy 14,500 square feet at the 63-story, 94-unit tower between Lexington and Park Avenues, right next to RFR’s iconic Seagram Building.

The establishment is expected to feature an “informal” dining space featuring healthy options like juices, according to the Post, as well as a formal second-floor dining area. The health-conscious theme falls in line with the 73-year-old Robuchon’s own dietary habits; he reportedly lost 60 pounds recently after mostly cutting butter, sugar, bread and red meat from his diet.

Robuchon’s restaurants—most notably upscale chain L’Atelier de Joël Robuchon, which has 12 locations globally—have earned more Michelin stars than any other chef in the world. Robuchon opened his newest L’Atelier at 85 10th Avenue in the Meatpacking District last year after closing the restaurant’s previous Midtown location in 2012.

Around the block from 100 East 53rd Street, at the Seagram Building, Rosen’s decision to replace the famed Four Seasons restaurant with two new concepts—The Grill and The Pool—from chefs Mario Carbone and Rich Torrisi of Major Food Group, appears to have paid dividends, with both establishments receiving mostly positive reviews since opening last year.