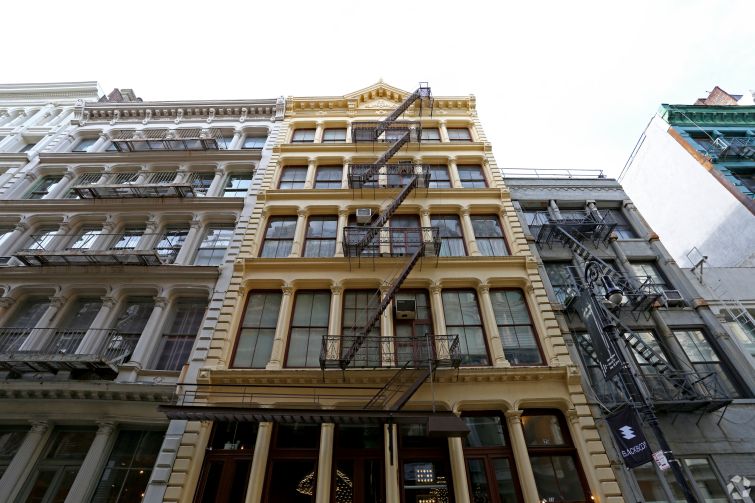 The brand, founded and led by the eponymous British designer, signed a five-year lease with an option for an additional five years for space at the base of the five-story residential building between Canal and Grand Streets, according to the brokers involved in the deal.

The new store is opening tomorrow and features 3,400 square feet of ground-floor selling space, as well as 3,300 square feet of lower-level space that will be used as offices for Tom Dixon’s design and consultation services. The location—which formerly housed a showroom for another lighting design tenant, the French brand Blackbody—replaces Tom Dixon’s previous Soho store at 19 Howard Street.

“Tom has a very acute eye when it comes to space and neighborhoods and felt the proportions of the space and the feeling of the block are a perfect fit for the energy of the brand,” Baker said in a statement, noting that the brand was looking to keep its sole New York City location in the lower Soho area.

McVerry told Commercial Observer that the stretch of Greene Street housing Tom Dixon’s new home “has become a lot more eclectic in terms of its tenants,” citing a “mix of high-end furnishings and high-end fashion” drawn to an area away from “the bull’s eye of Soho.”

She added that Atria has seen more leasing activity in the Soho retail market since the turn of the year, with deals being struck on “shorter-term [leases] with a view to going long-term.”

“Landlords are being a lot more open to creative deal-making; that has churned up a lot more business,” McVerry noted. “Tenants that were locked out on silly numbers are now able to maneuver.”