Affordable housing, out-of-control rents and taxes are the things to pay attention to in the Golden State, according to panelists 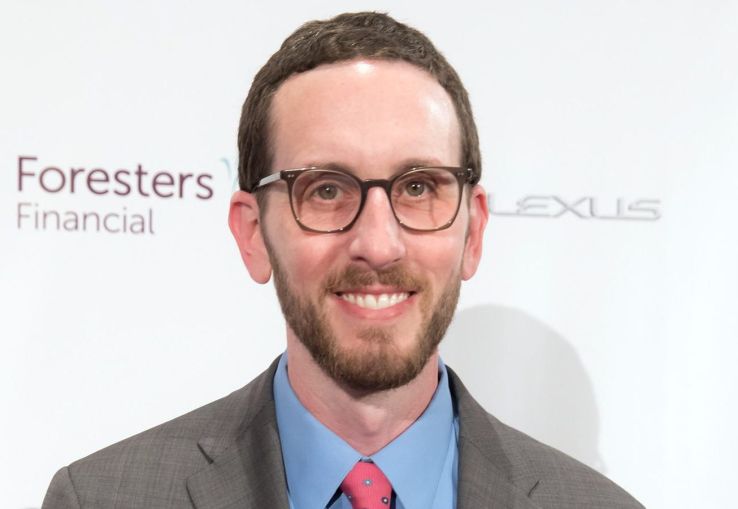 California State Senator Scott Wiener was the author of a bill that would have permitted construction of buildings near mass transit. Photo: Miikka Skaffari/Getty Images

As the fifth-largest economy in the world, what happens in California sets a precedent nationwide, a point reiterated by Mark Ritchie, a principal of Newmark Realty Capital, during his opening remarks at the Commercial Real Estate Finance Summit West last Wednesday.

“Decisions in Sacramento have, and will, continue to affect our livelihood with every day bringing a new fight, a new battle between California and the current administration,” Ritchie said, before introducing keynote speakers Sherry Bebitch, a professor at the USC Sol Price School of Public Policy and a political analyst with NBC4 Los Angeles, and Carla Marinucci, a senior political writer for Politico.

“We’re not a coast, we’re a country,” Marinucci said before giving her perspective on the current wave of legislation being introduced, through which state law would override local zoning laws. These include the recently defeated Senate Bill 827, proposed by San Francisco Sen. Scott Wiener, which would have permitted the construction of buildings four to five stories tall within half a mile of mass transit.

“California is the canary in the coal mine on these issues. When you are talking about a state that is the least affordable state for rental housing, where it’s reported in metro L.A. the average renter is paying half of their income in rent; and where one-third of working adults have roommates because they can’t afford to live alone. Home prices are beyond reach of the average person now,” she said. (A UCLA Luskin School of Public Affairs study from 2014 showed that while while L.A. has in the past vied with New York and San Francisco for the title of the most unaffordable rental market in the nation, Los Angeles has a lower median income than either New York or San Francisco. But there’s only a small difference among these cities in median rents, the researchers said. Los Angeles is also the metro area with the largest share of renters vs. homeowners: While U.S. rentership has fluctuated around 35 percent, Los Angeles is at 52 percent.)

Bebitch and Marinucci dug into the reasons why S.B. 827 didn’t pass. Those reasons, they said, include Wiener’s failure to reach out to all stakeholders, including anti-poverty groups that feared the bill would lead to displacement of low-income residents.

“Economically the bill was smart, but perhaps, politically very stupid,” Bebitch said. Both panelists anticipate seeing a modified version of the Bill reintroduced by Wiener next year.

When contacted by Commercial Observer for a response, Wiener said: “SB 827 drew a lot of attention because it challenged the notion that we can somehow build the housing our state actually needs while continuing to exclude even small apartment buildings near public transportation. We can’t–the system we have now got us into this mess, and we need to make changes to get us out of it. While the bill didn’t pass this year, I’m proud of the conversation we got started.”

Building affordable housing is on the top of the list for California politicians running for governor this year—among them Antonio Villaraigosa and Gavin Newsom—both because of public pressure and because of, well, the desire to be elected. Those running include L.A. Mayor Eric Garcetti, who is anticipated to enter the presidential race in 2020, and must address the homeless crisis in the city. “He has to, if he’s running for president,” Marinucci said.

“They’re all promising to build 500,000 units of new housing in the next seven years. It ain’t going to happen,” she said.

An amendment to Proposition 13, which limits the amount that commercial and industrial properties can be taxed to less than 1 percent of the last purchase price, with a maximum 2 percent annual increase, may also be on the ballot come November. If passed, it would allow the state to receive more tax dollars from commercial and industrial properties by assessing them at their current market value, an effort known as “split roll” because existing tax protections on homes would remain in place, which Bebitch said will be especially important for proponents to communicate to homeowners in advance of the election.

If reassessed, Marinucci said it would mean up to $10 billion in funding to the California budget, with 40 percent going toward public schools, which currently rank among the worst performing in the nation.

“In polls, voters are split on the issue,” she said, adding that there is confusion among homeowners who must be educated that the change won’t impact their own tax burden. This is especially important, as changes at the federal level that limit the amount homeowners can deduct have hit blue states with high housing prices, like California, the hardest.”

Update: This story has been edited to include a statement from Sen. Scott Wiener.