Calzedonia and Intimissimi Bringing Lingerie and Swimwear to Soho 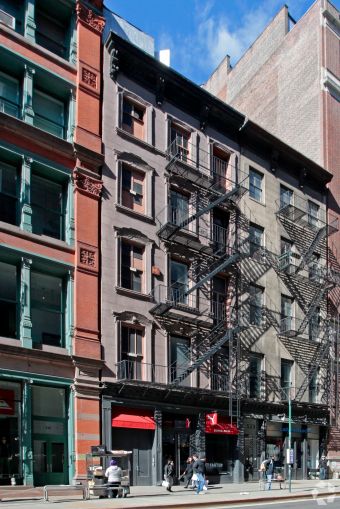 The privately held company has taken 6,300 square feet at 521 Broadway between Spring and Broome Streets, 3,000 of it at grade and 3,300 on the lower level, according to Robin Zendell of her eponymous firm, who has represented the tenant in the two Gotham deals, as well as a deal in Florida.

Intimissimi, which sells luxury lingerie, will be on the ground floor and Calzedonia, a sock and beachwear label, will be showcased in the basement.

The asking rent was $650 per square foot for the ground floor, or a total of $1.95 million a year, Zendell said. Isaacs and Company’s Trever Gallina, who represented the landlords, Rumpf and David Zahabian of DTZ Enterprises, said the lease is for five years with the option to renew for another five.

“We pursued this tenant relentlessly because we knew that the property to almost identical to their store at Oxford Circus in London. 521 Broadway has the best physical selling lower level in the market which Calzedonia Group will be able to utilize for either of their brands,” Gallina emailed.

While the lease was signed about a month ago, Calzedonia Group is waiting for a retail certificate of occupancy for the basement level, Zendell said.

Still, she added: “We’re anticipating opening and being ready for the holidays.”

Calzedonia Group, founded in Verona, Italy in 1986 and with over 4,000 stores worldwide, opened its first U.S. store—and only one in New York City—last summer at 601 Fifth Avenue between East 48th and East 49th Streets. There it sells Intimissimi and Calzedonia apparel in a 5,400-square-foot, three-level space.

As CO reported in January, Knotel signed a 10-year deal for 14,000 square feet on the entire second through fifth floors at the five-story, 21,000-square-foot building.