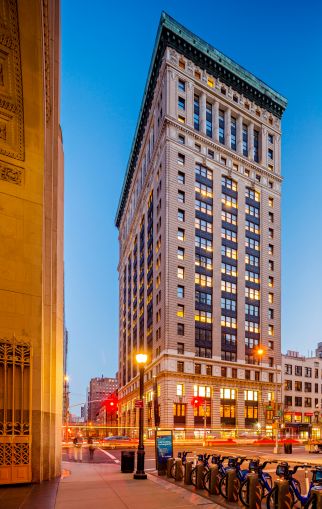 The Winklevoss twins are growing their cryptocurrency exchange office.

Gemini Trust, an exchange for digital currencies created in 2014 by Cameron and Tyler Winklevoss, has signed an expansion of 17,050 square feet at Columbia Property Trust’s 315 Park Avenue South, according to the landlord’s first-quarter earnings call.

The tenant has expanded to an additional floor in the 20-story building between East 23rd and East 24th Streets, bringing its total square footage to 51,150 square feet before the company has even moved into the building. The landlord declined, via a spokeswoman, to disclose the terms of the deal and the floor that Gemini will be occupying.

Last October, when Gemini signed a 34,100-square-foot 11-year deal for two floors in the building, the asking rent was in the low $90s per square foot. Gemini relocated there from the nearby 30 West 24th Street between Fifth Avenue and Avenue of the Americas.

Andrew Wiener and David Berkey of L&L Holding Company represented the landlord in the expansion deal, while CBRE’s Ross Zimbalist and Michael Blum handled the transaction for Gemini. Berkey and Wiener declined to comment via a spokeswoman, as did Zimbalist and Blum.

Yesterday, Gemini announced in a blog post that it will use Nasdaq’s surveillance technology, named SMARTS Market Surveillance, to monitor trades and detect fraud, in an effort to expand user safety.

Columbia Property Trust purchased 315 Park Avenue South from Spear Street Capital for $353.9 million in 2015, and then has spent about $10 million to renovate the building, as CO has previously reported.