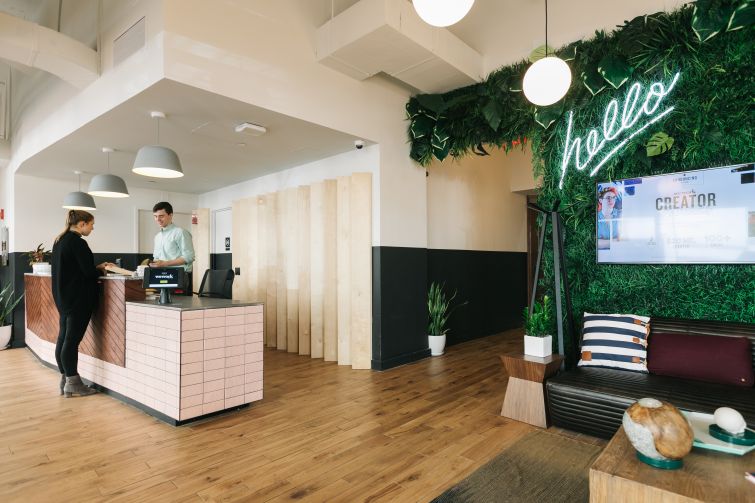 WeWork, the New York City-based coworking giant, is opening its first-ever college location on the campus of University of Maryland in College Park, four miles from Washington, D.C. The company has subleased a 20,000-square-foot building at 7761 Greenhouse Road in the Maryland college’s Discovery District next to The Hotel at the University of Maryland. It will offer coworking and office space, more than 300 dedicated and hot desks, and several conference rooms.

WeWork signed a sublease with Chesapeake Realty Partners. The Washington Business Journal reported in August 2016 that Chesapeake and partner War Horse LLC, which is run by Scott Plank—former Under Armor executive vice president of business development—were negotiating a $1-per-year, 15-year lease with the university for the former mechanical shop building.

WeWork’s internal real estate team negotiated the mid-February deal with Lawrence Macks, Chesapeake’s co-chairman and CEO, a WeWork spokeswoman told Commercial Observer. She would not disclose the terms of the deal, and Macks could not be reached for comment.

The Discovery District is part of the college’s $2 billion public-private investment in the campus and Baltimore Avenue corridor. The area will be a place for established businesses and startups such as Capital One Labs and cybersecurity firms BlueVoyant and Immut, to grow their operations.

“WeWork will help bridge the gap between dorm room and laboratory startup to the next phase, providing students and faculty a world-class coworking and office environment to incubate their nascent businesses,” said Harry Geller, UMD’s Entrepreneur-in-Residence, in a press release.

While WeWork has more than 200 locations in 21 countries around the world, this is the company’s first foray into Maryland. “The vibrancy of the UMD campus, access to an amazing talent pipeline, and being part of their innovative ecosystem makes College Park the optimal choice for WeWork’s first location in the state of Maryland,” said Nicole Mozeliak, WeWork’s general manager for the Mid-Atlantic, in a release.

The company, which has a market valuation of $20 billion, according to Bloomberg Business, has 10 open locations combined in Washington, D.C. and Northern Virginia. A second Chinatown location is also forthcoming in D.C.