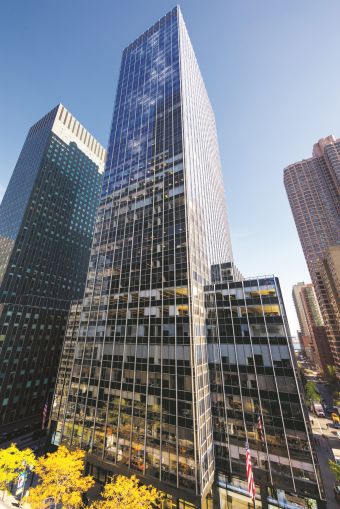 The Permanent Mission of Japan to the United Nations has signed a 50,391-square-foot lease at Fisher Brothers’ 605 Third Avenue, saying sayonara to its current offices, Commercial Observer has learned.

The Japanese Mission will move from its current offices at 866 United Nations Plaza in early 2019 and into the entire 27th, 28th and 29th floors of the 1.1-million-square-foot Third Avenue tower between East 39th and East 40th Streets in Midtown East. The Japanese government signed a 15-year lease, according to information provided by the landlord to CO.

“The Permanent Mission of Japan was drawn to 605 Third Avenue’s first-class tenant services and prime location near the United Nations,” Fisher, a partner at Fisher Brothers, said.

The asking rent in the transaction was in the $70s per square foot, according to a source with knowledge of the deal.

Mariyon Robertson and Junji Miyake of C&W represented the Land of the Rising Sun’s mission. Spokespersons for C&W did not immediately return a request for comment.

Fisher Brothers recently completed a $25 million renovation at 605 Third Avenue designed by David Rockwell. It features a new building entrance and lobby with a custom reception desk and a sleek white ceiling. On-demand meeting and conference space provider Convene recently took a 28,612-square-foot lease at the 44-story building for a new center, as CO first reported.