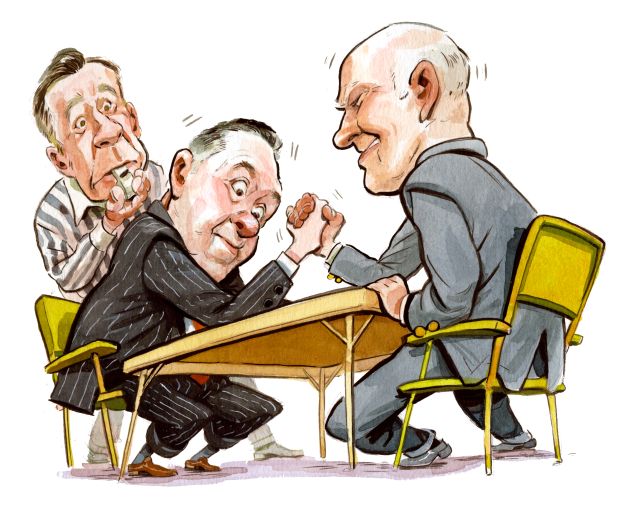 At the top of the list is SL Green with 28 million square feet of rentable building area, according to data provided by SL Green and corroborated by CoStar Group. The statistics include existing office buildings as well as those under construction and under renovation and if the true owner has a majority stake. As the city’s largest private office landlord, SL Green’s holdings include One Vanderbilt, 11 Madison Avenue and World Wide Plaza.

Next up is Vornado Realty Trust with 23.8 million square feet, including 1 Penn Plaza, 2 Penn Plaza and 1290 Avenue of the Americas.

And the third largest is Brookfield Asset Management with its 20.1 million square feet and assets, such as 225 Liberty Street, 1 New York Plaza and Manhattan West. 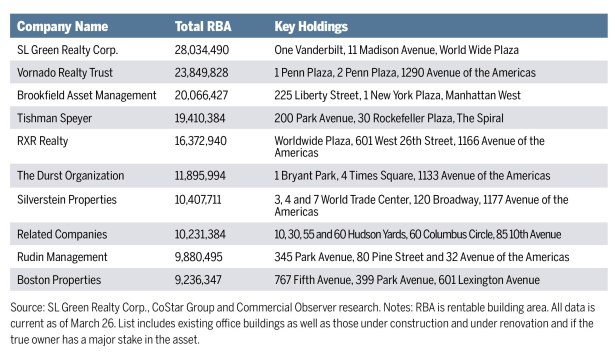