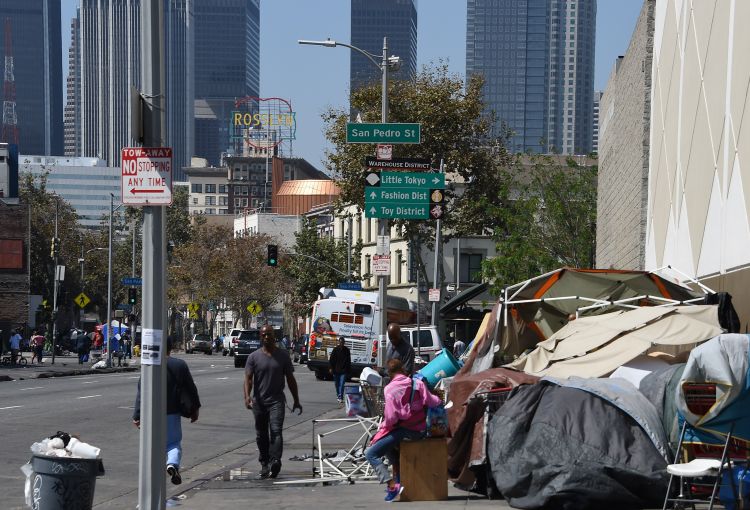 An ambitious California senate bill that was to clear the way for higher-density housing near mass transit—amid a statewide housing affordability crisis—faced an early death on Tuesday when it was rejected by the State Senate Transportation and Housing Committee in the Capital in a 4 -6 vote (with 3 abstentions).

Senate Bill 827, spearheaded by San Francisco Sen. Scott Wiener would have permitted construction of buildings four to five stories tall within half a mile of rail stops in areas, including parcels zoned for single-family homes, where they aren’t currently permitted. The bill would have also eliminated parking minimums at the residential developments in those locations.

By allowing for significant increases in development near transit access points, Wiener contended that the bill would help the state reduce a shortage of homes he has estimated at 4 million. It would do so, he argued, in a way that would reduce the need for driving, something state regulators say is essential for California to meet its goal of reducing carbon emissions to 40 percent below 1990 levels by 2030, according to The Los Angeles Times.

Introduced on Jan. 6, Bill 827 was amended in early April to address several issues, including mandating that projects approved under the bill comply with local inclusionary housing requirements and, where there aren’t any, defining requirements for low-income units per project, refining the definition of transit corridors and, as Wiener wrote on Medium,  “strengthening demolition controls to exclude properties where there has been an Ellis Act eviction, removing the bill’s 85-foot height allowance.” (The Ellis Act is a provision in California Law that provides landlords in California with a legal way to go out of the rental market business. The Ellis Act was adopted by the California Legislature in 1985 after the California Supreme Court decision in the case of Nash v. City of Santa Monica.)

It also delayed the operative date of the bill by two years to Jan. 1, 2021 from Jan. 1, 2019, to give local governments time to “conduct studies, update inclusionary housing ordinances and adopt specific transit-oriented development plans.”

Despite the changes, they weren’t enough to assuage his committee colleagues, particularly Democrats where aside from Wiener, only one other party member, East Bay Sen. Nancy Skinner, a co-writer of the bill, voted in favor of its passage. Two Democratic candidates for governor, Antonio Villaraigosa and Gavin Newsom, even went out of their way to say if it passed, they wouldn’t sign it, as reported by The New York Times. Advocates for low-income housing and several lawmakers, including Santa Monica’s Sen. Ben Allen that serve on the committee said that while they supported the bill’s goal, they found that its affordable housing provision wasn’t strong enough and wouldn’t be a good fit for smaller, rural areas, according to Curbed LA. “Density for density’s sake doesn’t necessarily lead to affordability,” Allen said.  “All one has to do is look at Manhattan, where everyone is paying $5,000 a month to live in a closet.”

In a formal statement following the vote, Wiener said while he was “disappointed Senate Bill 827 won’t be moving forward,” he was “heartened by the conversation it has started, both with those who support the bill and with critics.” He also vowed to return with a new proposal in 2019 that “meets the ambitious goals of this bill, while incorporating what we have learned since we introduced it.”

Meanwhile the same day, in Los Angeles, where the City Council voted unanimously against SB 827 in March, Mayor Eric Garcetti declared an emergency shelter crisis, and signed into law dual ordinances passed by the City Council last week to help the city pursue immediate solutions to the homelessness crisis. Politicians, including Garcetti, are facing growing impatience from Los Angeles residents who backed Proposition H, a $1.2 billion bond measure to fund development of 10,000 units new housing for the homeless on the November 2016 ballot and six months later approved county Measure H. As the Daily News reported, Measure H aims to fund services to help people get off the street, stabilize their lives, and rent a subsidized apartment with support services like job training, mental health and substance abuse treatment.

“We’re fighting with everything we’ve got to put a roof over the head of unsheltered Angelenos,” Garcetti said in the release. “The urgency of the homelessness crisis demands that we take every possible step to help people pack up tents and move indoors as quickly as possible.”

Los Angeles is the first city in California to take advantage of a new state law that allows cities to build homeless shelters on any land owned or leased by the city. Previously, emergency shelters were limited to existing government- owned or leased buildings. The new law also allows cities to adopt alternative, minimum public health and safety standards in order to create shelters quickly. Action taken by the City Council last year also allows the city to open shelters that operate year-round, instead of only during the winter months.

The Permanent Supportive Housing Ordinance will allow homeless housing projects that meet a list of requirements the ability to avoid a lengthy process at City Hall that includes environmental review and can trigger a public hearing. The new ordinance will also slash parking requirements and allow “permanent supportive housing” projects to be built taller or denser than otherwise allowed.

Planning officials estimate that those rules will ultimately make it possible to build up to an additional 200 units of homeless housing annually with government funds. Homeless advocates say it will help bolster the city goal of building 10,000 new units for homeless residents in a decade, the L.A. Times reported.

The Interim Motel Conversion Ordinance, meanwhile, will allow existing motels and hotels to be retrofitted for use as supportive and bridge housing, and linked to county-funded services.

During his annual State of the City address on Monday, Garcetti also unveiled “A Bridge Home,” a plan that includes a $20 million crisis and bridge housing fund, set aside in the fiscal year 2018-19 budget, which will be distributed evenly among council districts, according to an official release. To access the funds, each councilmember must identify a site or building adjacent to a high-density homeless population, and establish an emergency shelter. The emergency shelters will stand for three years, which the city estimates will be enough time to build supportive housing with on-site mental health, employment, addiction and wellness resources.