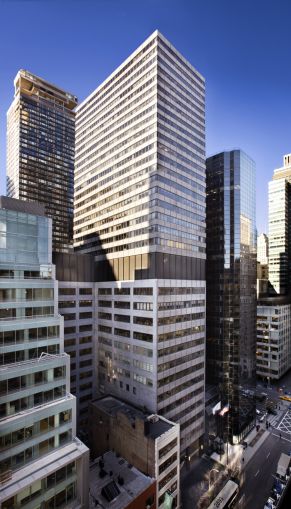 The 10-year  loan closed on April 2 and was arranged by the Singer & Bassuk Organization. Singer and Bassuk Chairman and CEO Andy Singer confirmed the refinance to Commercial Observer but declined to provide any further details. MetLife also declined to comment on specific financing details.

Jack Resnick & Sons, which has its offices at the location, is currently undergoing a major renovation of the building, according to information from the firm. It recently completed a renovation of the main lobby, and replaced the original brick façade with a metal rain-screen façade system, designed by Moed De Armas & Shannon Architects. The project costs approximately $25 million, according to the firm.

Built in 1968 by Jack Resnick & Sons and originally designed by the late architect W. M. Lescaze, according to a building fact sheet from Jack Resnick, the roughly 37-story, 612,000-square-foot tower is situated between Lexington and Park Avenues.

Officials at Jack Resnick & Sons declined to comment on the financing. A spokesman for Ruben Companies could not immediately be reached for comment.