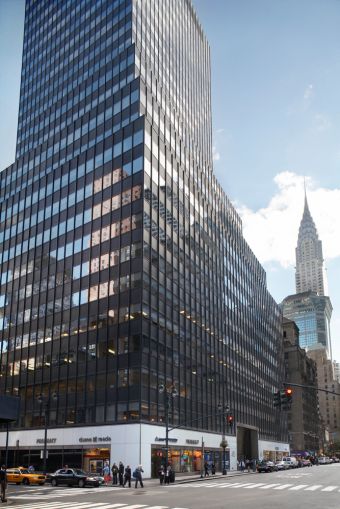 The law firm Phillips Nizer, which relocated to 485 Lexington Avenue at the end of last year, is already expanding its new digs to 53,162 square feet, Commercial Observer has learned.

Phillips Nizer has signed a new deal for 14,919 square feet on part of the 10th floor of the building between East 46th and East 47th Streets, adding to its 38,243 square feet, sources with knowledge of the 11-year deal said. Asking rents at the property range from the $70s to the $80s per square foot.

“This is an opportunity for us to build out new space to our specifications,” Marc Landis, the managing partner at Phillips Nizer, told CO at the time. “We’ve been at 666 Fifth Avenue for a long time and have had good relationships with landlords there. Our firm is 91 years old. As we move into the 21st century we need 21st-century space.”

The office building at 485 Lexington Avenue is 31 stories and 929,765 square feet. It was erected in 1956. Tenants include Offit Capital Advisors, an employee-owned finance firm, investment firm Tailwind Capital and Memorial Sloan Kettering Cancer Center (via a sublease).