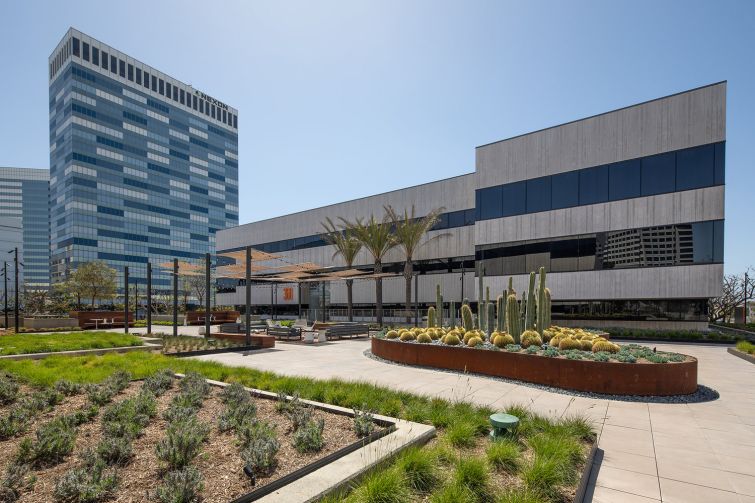 Downtown Los Angeles might be the go-to for coworking, but in L.A.’s suburban markets, shared workspace is gaining a significant foothold, according to new research from Cushman & Wakefield. And increasing the demand in these areas are companies relocating to the suburbs in search of a better talent pool and cheaper rents.

Illustrating the region’s coworking growth in suburban markets, C&W found that, of the nine total occupancies that have already occurred in 2018, eight have taken place outside the Central Business District in Downtown Los Angeles.

“There has been an increase in demand for this young industry,” Vincent Chang, an associate director of research at C&W, wrote in a company blog on the trend. “Landlords once hesitant to embrace the coworking concept have been signing deals with these companies for several floors and adapting to the new trend.”

According to statistics from the brokerage firm, the greater Downtown area, which includes the central business district and which includes the central business district (CBD) and the surrounding areas of South Park, Little Tokyo/Chinatown, Central City West, Historic District, Fashion District, and the Arts District, remains the top market for coworking companies with a total of more than 500,000 square feet of total or near-term occupancy in 2018.

Hollywood comes in second at more than 289,000 square feet, while El Segundo and the Beach Cities of the South Bay (Manhattan Beach, Hermosa Beach and Redondo Beach) are quickly advancing at third with nearly 250,000 square feet of existing or committed occupancy in the near term. These include Spaces’ recent lease agreement for 37,373 square feet in El Segundo within the newly rebranded OPEN campus at 360 North Sepulveda Boulevard with official occupancy expected within the next few months.

In terms of number of coworking locations, Greater Los Angeles leads with 11, followed by El Segundo and the Beach Cities with eight, Santa Monica with seven and Century City with six.

The South Bay, in particular, has trended well in recent years in the office market overall with the last three calendar years (2015 to 2017) absorbing a total of over 1.6 million square feet of office space—with 2015 and 2017 representing its highest growth levels since 2007 and 2016 following close behind. South Bay office net absorption was 629,400 square feet in 2015 and 534,000 square feet in 2017, with 464,700 square feet in 2016. The El Segundo/Beach Cities submarket served as a catalyst accounting for well over half of South Bay’s office growth in those three years. More companies are establishing a presence in the South Bay, C&W found, because the residential coastal community is heavily composed of corporate decision makers that often prefer an office location within a closer commute. In addition, rents in the area are still viewed as a relative bargain compared with other areas such as West Los Angeles.

“The differential in rental rates and pricing in the South Bay can range anywhere from 10 to 30 percent less than in West Los Angeles, depending on specific asset and class,” Tom Sheets, a senior director at Cushman’s South Bay office, told Commercial Observer.

“The institutional capital investment that has been made over the last several years has brought about significant and necessary change and evolution to the landscape of this area,” Sheet said. “Owners are now delivering repositioned, high-quality finished assets with modern efficiencies that offer the ’cool space’ factor which has created a much more appealing and dynamic submarket that now closely resembles that of contemporary high-performing West Los Angeles.”