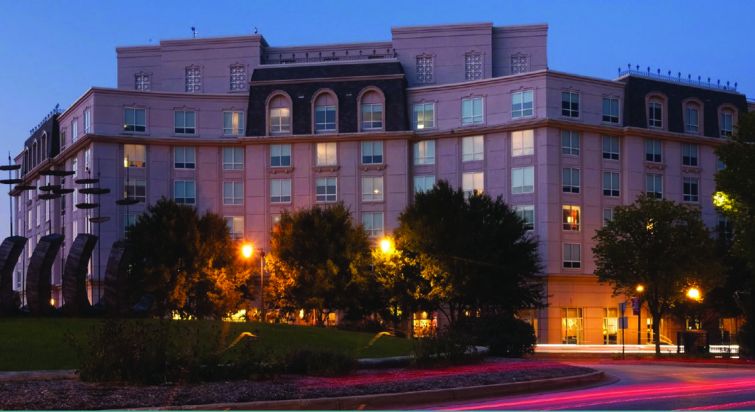 Crescent Real Estate has scored a $34.2 million loan for its purchase of The Westin Annapolis, a 225-key full-service hotel located at 100 Westgate Circle in Annapolis, Md., Commercial Observer can first report.

Speaking of the transaction’s allure, Lance Wright, the head of Central region originations for ACORE, said it was pretty simple: “Crescent is a best-in-class sponsor, we love the Westin flag and we love the Annapolis market—it’s really an undersupplied market in our opinion,” he said. “This particular asset is the newest hotel in the market, the only hotel delivered in the last 15 years, and the only full-service hotel delivered in the last 30 years.”

The deal marks ACORE and Forth Worth, Texas-based Crescent’s second time working together in just a few months. In December 2017, ACORE provided a $50 million refinance for the developer’s 1,061-unit Park at Hoover multifamily property at 2135 Centennial in Hoover, Ala.

The Westin Annapolis is located in a 12-acre mixed-use development known as Park Place. It was built in 2007, renovated in 2014 and is currently undergoing another renovation to upgrade its lobby, common areas and rooms. As such, ACORE’s loan was structured with a property improvement plan (PIP), but “the property has great bones,” Wright said.

Located near the United States Naval Academy, The Westin Annapolis is the closest hotel to the Navy-Marine Corps Memorial Stadium, as well as the majority of office space in the Annapolis submarket.

As such, the hotel benefits from a variety of year-round guests to Annapolis. Between the city’s legislative sessions, which run from January to April, tourist and transient guests visiting the area from April to October and Naval Academy football stadium visitors checking in from September to December, the property has a steady flow of patrons.

The hotel also boasts the largest event space in the Annapolis market, Wright noted, and is a major draw for occasions such as weddings.

JLL’s hotels and hospitality group arranged the debt. Officials at JLL confirmed the transaction but declined to comment further.

Officials at Crescent Real Estate did not immediately return a request for comment.