What’s Cooking at MIPIM in Cannes? 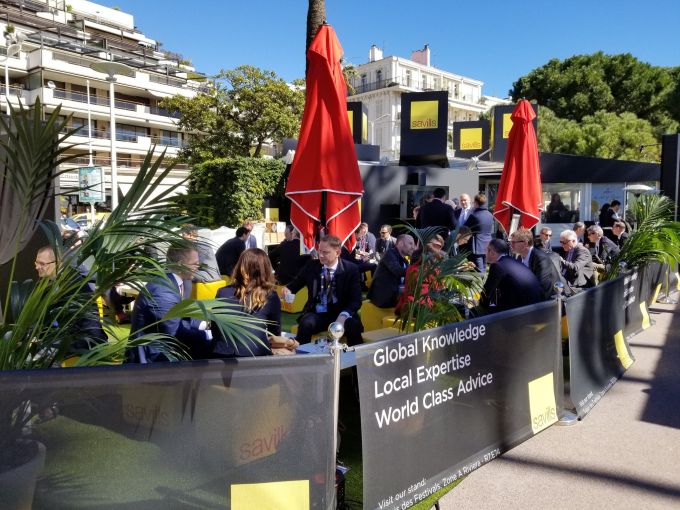 While the weather alternates between snow and rain in New York City, it’s sunny and pleasant in Cannes, where more than 24,000 real estate pros are attending the 29th Marché International des Professionnels d’Immobilier, or MIPIM, along the French Riviera.

Held at the Palais de Festivals, the four-day conference offers developers, architects, financial players and investors the opportunity to network, learn and make deals. The global property event is hosting 3,100 exhibitors, 5,300 investors and financial institutions, 4,500 developers and 1,800 architects and designers among its participants from today through Friday.

Our reporter Liam La Guerre arrived yesterday and has been tweeting his way through the 2018 convention, from the beach to the exhibitors’ booths. He has already sat down with Brookfield Property Partners’ Ric Clark and Boris Capelle, a director at Savills in France.

Take a look at what he’s been up to:

And the city of London has a few panoramas again to wow investors and developers…. #mipim2018CO 4/4 pic.twitter.com/ocX6TyrbFD

Visit our CO booth in the Palais de Festival at #P-1 G79 and pick up an issue of the Commercial Observer or our Owner's Magazine to learn about New York real estate. #MIPIM #MIPIM2018CO @MIPIMWorld pic.twitter.com/AFMdLY1SLC

The Japan Pavilion has really brought tradition to a forefront again. They have a shodo (calligraphy) performance in the first level of the Palais des Festivals #MIPIM2018CO pic.twitter.com/fBrE2HvXtN

We spoke with Boris Cappelle, a @Savills director in France. He explained that American investors should be looking to enter France now as it's market is starting to ascend. In comparison the U.S. is near full employment and in a mature part of the cycle. pic.twitter.com/XDlD1Xxf6l

We spoke with Disruptive Technologies about it's sensors, which are the world's smallest for property tech. #MIPIM2018CO @MIPIMWorld …1/3 pic.twitter.com/EnxNLluRYI