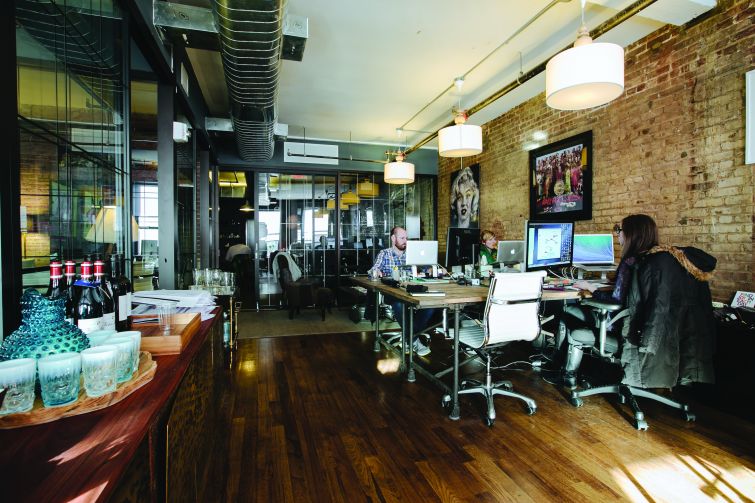 WeWork has signed agreements with CBRE, Cushman & Wakefield and JLL in North America, offering brokers at the firms greater compensation if they find and fill coworking space, Commercial Observer has learned.

“WeWork is unique in that as we become more sales driven with our real estate approach we can partner with real estate firms on both sides—on the site selection and lease sourcing side and the client member introduction side,” Julia Davis, the head of transactions and analytics for WeWork, told CO. “We are hoping to leverage those relationships.”

“WeWork will partner with these firms on a non-exclusive basis to source a set (i.e. agreed upon) square footage for WeWork locations in North America, and in return, the [commercial real estate] firms will introduce new clients to WeWork, leading to more closed sales and strengthened relationships,” according to bullet points WeWork provided to CO. Davis declined to provide the square footage.

The idea is that the CBRE, C&W and JLL brokers will be “ambassadors” for the brand, Davis said. WeWork will “reward those CRE firms that introduce new members to WeWork with additional real estate sourcing assignments,” the company promises.

It seems that WeWork’s efforts to ingratiate itself in the broker community are working.

“One-and-a-half years ago, there was little [broker] contribution,” Davis said. “Now it’s 20 to 25 percent of desks on a monthly basis due to brokerages across all markets company-wide.”

The partnership initiative is starting in North America and if successful, WeWork will scale it globally and establish other such relationships.

But a couple of brokers with whom CO spoke didn’t seem too moved by the new partnerships.

A broker at one of the partner firms said of the agreements: “It is a minor development. Not even sure what it means other then we will get a few assignments as will the others to find them space and offer WeWork [spaces] to our clients as an option.”

Another broker, at a different partner company, said that while he would put a tenant in a WeWork space if it was appropriate, the increased payout would not compel him to do so.

The office-space provider business has been getting increasingly crowded, and one broker suggested WeWork has upped the ante to one-up the competition.

But WeWork is not the only office space provider forging relationships with brokerages. Knotel has partnered with Newmark Knight Frank and secured an undisclosed investment from NKF’s Barry Gosin. (Gosin is also an adviser to Knotel.)

NKF “is a very valuable partner of ours. In addition to the partnership, they made a financial investment,” Eugene Lee, Knotel’s global head of real estate and business development, told CO. “It’s an integration between Newmark and Knotel where they’re helping us find spaces and bringing spaces they represent into Knotel.”

According to a January press release from Knotel: “The partnership will allow NKF’s audience of owners and other clients to have streamlined access to Knotel’s footprint across New York City, San Francisco and London.”

Lee said that unlike WeWork, Knotel is not increasing the pay for NKF brokers.

“We are paying them standard rates as they would get compensated in a standard lease format,” he explained.

So why would a NKF broker be inclined to put a tenant in a Knotel space?

Knotel will “give preference to the company we have a relationship with,” Lee said, when faced with multiple companies competing for floors.

As for what WeWork is doing, Lee said, “When you’re having to give promotional commissions and pay brokers to bring you members, that’s generally a sign of weakness. In general if you’re discounting and giving out promotional incentives, it’s not a good sign for the business.”

Spokespeople for CBRE and C&W declined to comment. A spokesman for JLL didn’t respond to a request for comment and a NKF spokeswoman didn’t respond with a comment.