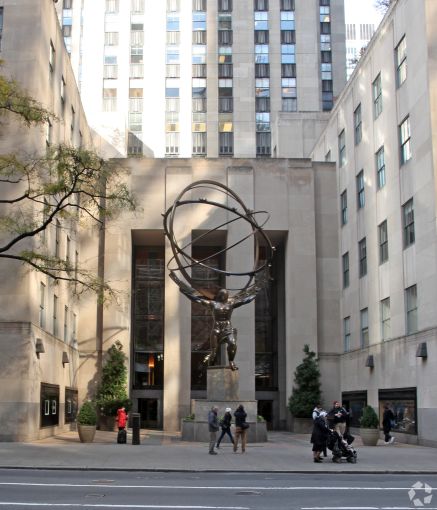 The tenant, which provides wealth management, asset management and advisory services to affluent individuals, will occupy the entire fifth floor of the 41-story, 1.2-million-square-foot tower, which is located between West 50th and West 51st Streets. The building is also known as 45 Rockefeller Plaza.

The asking rent in the 15-year deal was in the low $80s per square foot, according to The Real Deal, which first broke the news of the deal.

Cushman & Wakefield’s Jonathan Serko and Andrew Ross negotiated the transaction for Rockefeller Capital, which is relocating from 10 Rockefeller Plaza. The tenant plans to move into the space by the fourth quarter of the year. A spokesman for C&W declined to comment.

Tishman acquired Rockefeller Center—10 buildings on 22 acres with about 9 million square feet—in a $1.85 billion transaction with billionaire Lester Crown’s family in 2000, as The New York Times wrote at that time.

A spokesman for Tishman said the company declined to comment on the deal as did a spokeswoman for Rockefeller Capital.