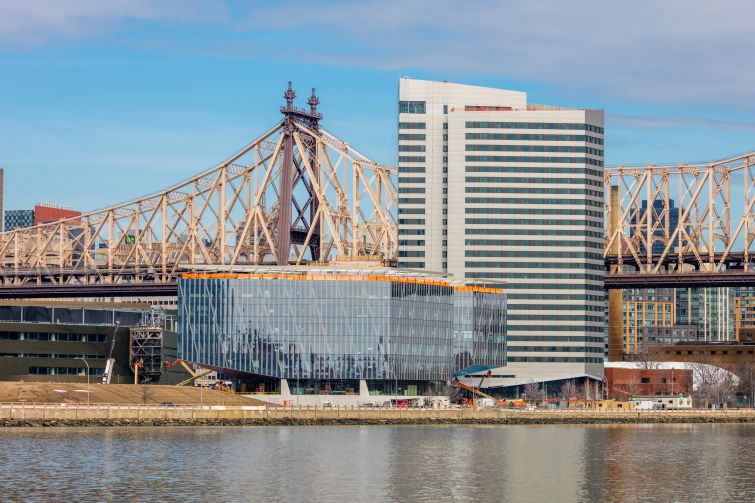 AJ Capital Partners, the developers behind the Graduate brand of hotels, has secured $60 million in mortgages for a new location on Roosevelt Island, according to documents filed in city records today.

The financing is split between a $33.4 million building loan and a $26.6 million project loan. The mortgages come from Emigrant Savings Bank, one of the biggest privately-owned banks in the country and New York City’s oldest savings institution.

Jones Lang LaSalle acted as the financing broker for the five-year floating rate package, according to a statement from AJ Capital. Representatives for Emigrant and for JLL did not immediately respond to inquiries about the financing.

The site, on North Loop Road, lies just south of where the Ed Koch Queensboro Bridge bisects the island parallel to Manhattan’s East 59th Street, adjacent to the plot where Cornell University is constructing a technology-centric academic outpost. At its planned opening next year, the 224-room property will be the first hotel on the island.

The Graduate brand, which concentrates on lodgings near college campuses, has spawned rapidly since its launch in 2014, with nearly a dozen properties across the country in cities like Madison, Wis., Oxford, Miss. and Berkeley, Calif. In addition to the Roosevelt Island project, the brand is developing new hotels in Bloomington Ill., Columbus, Ohio and Providence, R.I.

The Cornell Tech location will be a new building with an interior design that refers to Roosevelt Island’s history, the Associated Press reported. But in other cases, Graduate has bought and refurbished existing properties. In Providence, for example, it acquired the former Biltmore Hotel, a stately landmark in that city that was built in 1922.

Curbed New York reported that construction on the Roosevelt Island hotel—designed by Oslo-based architecture firm Snøhetta—kicked off earlier this month. The site is within walking distance of both the subway station and the aerial tramway terminal that connect the primarily residential East River island to the rest of New York City.