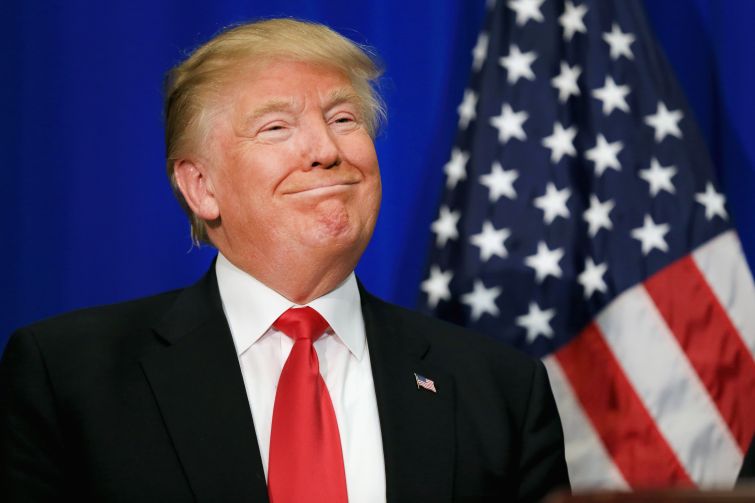 The Trump administration has proposed a plan to repair the nation’s “failing infrastructure” that calls for $200 billion in federal spending over the next decade, according to a press release from the White House.

Of the federal money, $100 billion would be set aside for an “incentives program,” in which states, local governments and private companies would compete for funds for their infrastructure projects. Fifty billion dollars would be dedicated to build and modernize rural areas.

Twenty billion dollars would be allocated for the “transformative projects program,” and focus on giving federal aid to projects that could have positive impacts on states, cities and localities “but may not attract private sector investment,” the release says. Another $20 billion would be earmarked for existing federal infrastructure financing programs for rail, water and utilities. Finally, $10 billion would go toward purchasing property for federal government use and reducing “inefficient” leasing of properties.

Many construction experts responded that it was unreasonable that cities, states and private companies would have to shell out $1.5 trillion while the federal government would only provide $200 million.

“While we believe $200 billion is a good starting point, our national infrastructure systems will need a much larger investment from the federal government just to bring them up to a state of good repair and accommodate for future growth, let alone begin the transformative projects our country desperately needs,” Carlo Scissura, the president and CEO of the New York Building Congress, said in a statement.

Moreover, there is a fear that without enough federal funds, the president would end up assigning more public work projects to private companies, which may not utilize union workers or serve the best interests of the public.

“The American people need investment in our crumbling roads and bridges, schools, public transit and affordable housing but President [Donald] Trump’s plan does little to address this need and is a giant privatization scheme to line the pockets of the wealthy,” Héctor Figueroa, the president of property service workers union 32BJ SEIU, said in prepared remarks. “It could also roll back decades of progress on labor standards and may open the door to wages and benefits being slashed.”

The plan was also concerning to some because it doesn’t detail how private companies would benefit from partnerships with local governments (such as giving them tax credits). And private dollars are likely to become harder to obtain in the future due to rising interest rates.

Heidi Learner, the chief economist at Savills Studley, told CO that private companies are not going to be jumping at the chance to contribute toward the $1.5 trillion for infrastructure with rising interest rates and a lack of clarity in the president’s proposal.

“This [plan] is already on the backdrop of rising interest rates, so the cost of any funding that any private sector is putting forth to be invested in these projects is likely to increase, so the return on projects would have to likely increase,” Learner said.

Louis Coletti, the president and CEO of the Building Trades Employers’ Association of New York City, who welcomed spending for infrastructure was also displeased by the amount the administration has pledged. He suggested the infrastructure spending could have been tied with the recent tax reform legislation. The new tax change dropped corporate tax rates and rates on individuals, as CO previously reported.

“We support the president’s proposal and focus on infrastructure but are disappointed in the lack of federal dollars to support these efforts,” Coletti said in an email to CO. “An opportunity to provide that funding was missed in not including [it] in the tax bill provisions that would have committed some of the funds companies were getting to bring their overseas profits back to the United States as a basis for an infrastructure bank.”