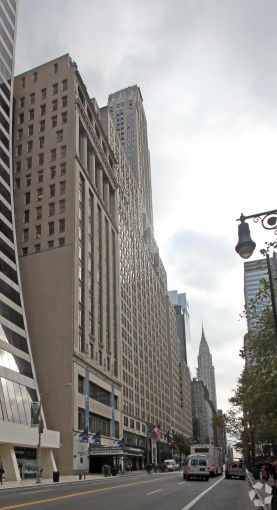 CIT Group, a lender with approximately $50 billion in assets, has completed a 150,000-square-foot renewal at Tishman Speyer’s 11 West 42nd Street for its headquarters.

The firm, which provides financing and advisory to small- and middle-market companies, will continue to occupy the 11th through 14th floors of the 32-story building located between Fifth Avenue and Avenue of the Americas for an additional 15 years.

The asking rent in the deal was not clear, but rents in the building range between $55 per square foot to $75 per square foot, according to The Real Deal.  CIT had a lease that was set to expire in 2021, TRD reported.

“CIT is pleased to have committed to our Midtown, New York City location for the long term,” a spokeswoman said in a statement. “This is our headquarters and a key center for our commercial businesses.” She declined to provide further details of the transaction.

A spokesman for Tishman declined to comment to CO, while a spokesman for NKF did not immediately respond to a request for comment.