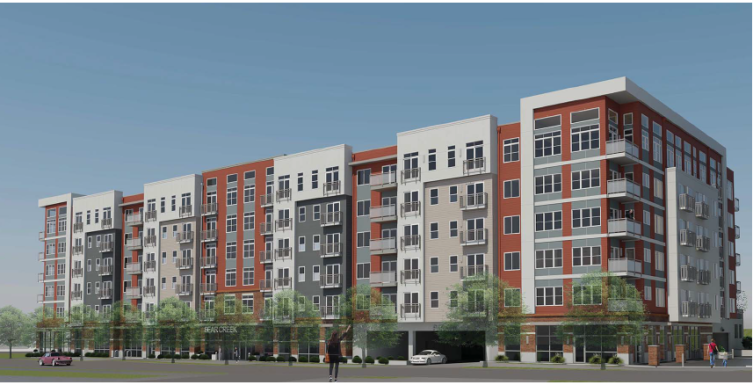 A rendering of Bear Creek in Redmond, Wash. Courtesy: Capital One

Capital One provided San Diego-based Fairfield Residential with $66 million for the development of Bear Creek, a planned 360-unit luxury apartment community in Redmond, Wash., a suburb of Seattle, Commercial Observer can exclusively report.

The 36-month adjustable-rate construction loan has two extension options. Capital One syndicated $22 million to Associated Bank and will keep the remainder on its books.

“We have chosen to work many times with Capital One because they thoroughly know their business and have taken the time to understand ours,” Fairfield Senior Vice President Douglas Ness said in a prepared statement. “We expect seamless execution, and they deliver.”

“We were very pleased to work with Fairfield Residential on this exciting project,” Cathy Janke, a senior vice president out of Capital One’s Dallas office, who originated the transaction, said in prepared remarks. “Bear Creek is an easy walk to the stores and restaurants of Redmond Town Center, and lease-up should coincide with the opening of a new city park and the start of construction on a new commuter rail station just two blocks away.”

The property is slated to also include quartz kitchen and bathroom countertops, custom cabinetry, and walk-in closets as well as a fitness station, a Wi-Fi lounge with co-working space, a bicycle storage, a repair station and a community clubroom, according to information from Capital One.

An official at Fairfield Residential did not immediately return a request for comment.