NYC Public Projects Boost Construction Starts to $38B in 2017 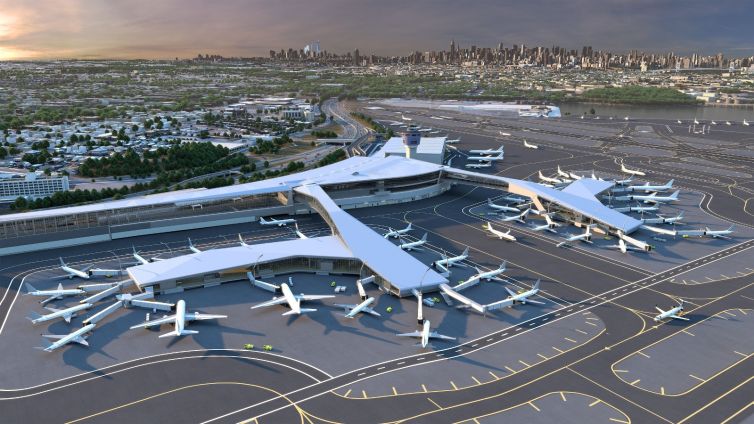 After a downturn in 2016, the dollar volume of construction starts in 2017 rebounded in New York City, helped by a surge in public works and institutional projects across the five boroughs.

The Big Apple saw $37.78 billion worth of projects commence across all categories—residential, non-residential and non-building construction (which includes roads, bridges, tunnels and utilities), according to information supplied by Dodge Data & Analytics at the request of Commercial Observer. That marks an 18 percent uptick from 2016 when the city saw just $31.93 billion worth of projects begin. And last year’s construction starts represent the second-largest such sum since 2010, trailing the recent peak of $41 billion starts in 2015, according to the data.

“The basic message is that construction activity in the New York City market is continuing at a healthy pace,” Robert Murray, the chief economist for Dodge and a vice president at the company, told CO. “What is changing is whereas before the upward push came from commercial building and multifamily, now the upward push is coming from the institutional and public works side of the industry. And this is similar to the national level.”

Together, institutional and public works projects comprised about half of the total construction starts last year.

Institutional projects (such as transportation terminals, convention centers and schools) soared 166 percent to $13.94 billion across the city, up from just $5.23 billion in the previous year. It was led by two noteworthy projects at LaGuardia Airport: the $4 billion redevelopment of the Delta Air Lines Terminals C and D, and the $3.6 billion redevelopment of the Central Terminal B Building. There was also the $1.2 billion in construction worth for the expansion of the Jacob K. Javits Convention Center and $1.3 billion for the reposition of the James A. Farley Post Office into the Moynihan Station.

On the public works side, construction starts jumped 42 percent to $5.21 billion in 2017 from $3.67 billion, according to the Dodge information. This sector was led by projects like the  $452 million rehabilitation of the suspension ropes on the George Washington Bridge in Manhattan and the $500 million project to clean up the Gowanus Canal in Brooklyn.

The focus on public works and institutional developments is due to a need to rehab crumbling infrastructure, a trend extending around the country.

“I think the reason you are seeing the lift is there is the need,” Cyrus Izzo, the co-president of engineering firm Syska Hennessy Group, said. “I saw an article recently [that stated] to repair New York State bridges would cost [over] $70 billion.”  (According to U.S. Department of Transportation data from 2016, that figure is $75.4 billion.)

He explained that the drop on the residential side year-over-year was due to the expiration of the 421a program in 2016 (which was reinstated in 2017 as the Affordable New York program).

“2015 was artificially pumped up due to the pending expiration of the 421a program,” Murray said.

Brooklyn and Queens were the only boroughs that saw increases in residential building construction starts over the year.

“Multifamily housing is continuing to recede. One thing that kept the decline more modest was the increase in both Queens and Brooklyn,” Murray said.

Construction of commercial properties, such as office and retail, also plummeted. The construction starts dropped 34 percent to $7.84 billion from $11.91 billion in the year prior. (In 2015, the dollar volume for commercial structures was $11.89 billion, slightly exceeding 2016’s figure).

“Our general picture for total construction is that we will be seeing an increase nationally at 2 to 3 percent in which the institutional side for nonresidential building maintains or stays close to the enhanced level,” Murray said. “One thing that would help the New York City market is the expected work at John F. Kennedy Airport.”

Gov. Andrew Cuomo has announced plans to redevelop the international airport by relocating older terminals and expanding newer ones and strategies to reduce congestion, as CO previously reported. There is also a plan to expand the JFK AirTrain.