JFK to Get $10B Renovation to Link Terminals, Ease Traffic Around Airport 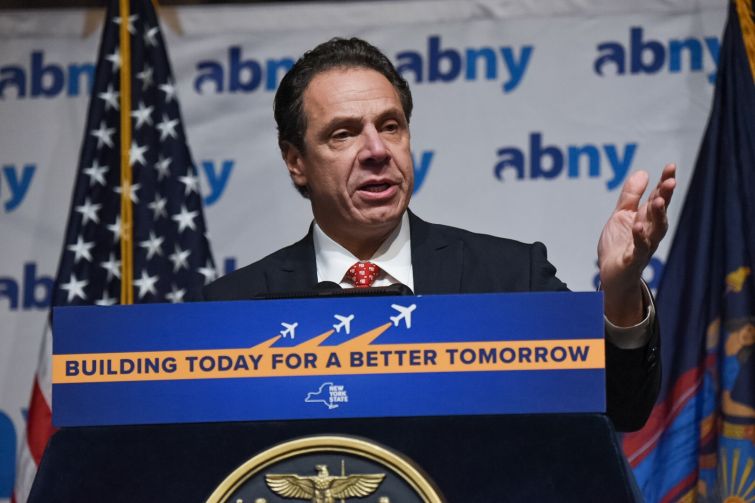 The plan, who announced today at a lunch hosted by the Association for a Better New York, includes a $7 billion to $8 billion renovation of the southern Queens airport. The remaining $2 billion is earmarked for road work aimed at easing traffic getting to and from JFK.

The goal is to have a “unified, interconnected and modern airport,” said Dan Tishman, a vice chairman of construction giant AECOM and head of Cuomo’s airport planning task force.

Scant details are available about how the project will be funded. But Tishman said it’s possible that up to $7 billion in private equity could be raised for the redevelopment, which would also mandate consistency on amenities such as retail throughout the terminals.

“As the governor said, this is a bold vision,” William Rudin, the chairman of ABNY and the chief executive officer of Rudin Management Company, told Commercial Observer after the lunch. “This is a continuation of his plan of making New York State and New York City the financial capital it is. We need to be competitive on a global basis.”

Officials are likening the plan to the public-private partnership that’s redeveloping Terminal B at LaGuardia Airport; a consortium of private companies is footing most of the $4 billion construction cost for a new facility and in return will control it for the next 35 years.

“I believe we can do this better and bigger at JFK,” Tishman told the members of the pro-development group.

Cuomo, too, acknowledged that connecting the terminals would follow the LaGuardia model—which will link its three passenger terminals by a central building—but admitted that the bigger problem with JFK is access to the airport.

“That’s basically what we’re doing at LaGuardia,” he said, “but JFK is more complicated” because of traffic.

The New York State Department of Transportation is currently examining traffic fixes on roadways leading up to the international airport—thus reducing the travel times to the airport. Officials also plan to reroute roadways throughout the airport, reducing congestion.

Metropolitan Transportation Authority officials are also exploring the possibility of a one-seat ride from Manhattan to JFK, as well as rebuilding its current mass transit access. Currently, riders have to take either the Long Island Railroad or subway to Jamaica, Queens, where they switch to the AirTrain.

One option is a soup-to-nuts overhaul of the Jamaica station, said MTA Chairman Thomas Prendergast. The agency anticipates AirTrain ridership will climb to 40 million people per year in the coming years from its current 21 million. To accommodate that uptick, the state-run agency would create “a much more sleek and modern experience” at the launching station.

How much the mass transit work will cost remains unclear. Cuomo said the various agencies involved are still trying to figure out what the best option might be moving forward.

But Joseph Sitt, the founder of real estate firm Thor Equities and transit advocacy Global Gateway Alliances, said a one-seat ride to JFK was a no-brainer.

“That part of the plan needs to move from ‘exploring’ to ‘doing,’ ” Sitt said in a press release following the announcement.