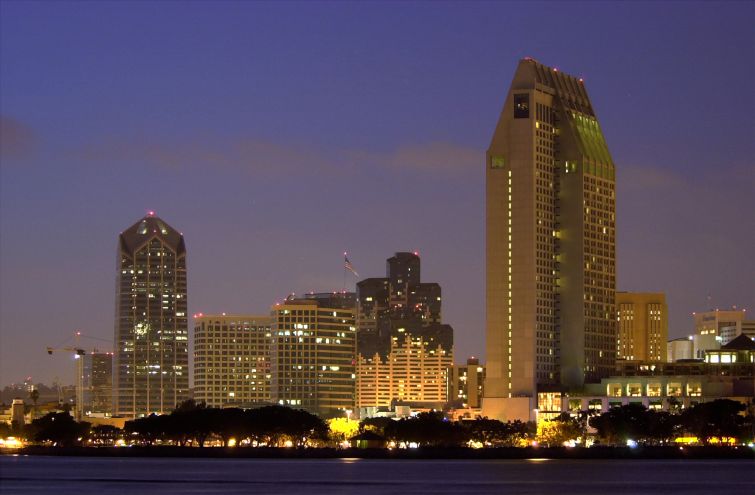 The Future of CMBS panel at the MBA’s CREF/Multifamily Housing Convention & Expo in San Diego was a lively debate between market participants, who agreed that 2017 was a solid year for the product and that risk retention was, well, much ado about nothing.

CMBS issuance reached $90 billion last year with single-asset, single-borrower issuance increasing by 80 percent to $38.5 billion and essentially moving the market—but the panel’s overall consensus was that issuance volume will be down in 2018. With that in mind, panelists discussed the sector’s current state of play and its strongest headwinds to growth.

Would an overhaul or repeal of the Volcker Rule—part of the Dodd-Frank Wall Street Reform and Consumer Protection Act and implemented in the wake of the global financial crisis in an attempt to reduce risk in secondary market trading—boost the CMBS market? Ted Borter, the co-head of the real estate financing group at Goldman Sachs, said no doubt, but there’s a bigger “mega issue” hampering the CMBS industry’s growth right now that must be tackled, stat: its servicing.

“It’s very frustrating to lose a deal to a life company because of CMBS servicing issues,” Borter said. “Borrowers prefer banks and life companies because of the servicing and also the certainty of pricing,” he said, adding that changing the borrower experience is “going to take time, but everyone in CMBS is making a huge effort.”

Dan Bennett, the head of capital markets at LoanCore Capital, said his firm is working hard to improve the borrower experience and expand the universe of those who transact in CMBS by actively playing various roles within a CMBS transaction. In addition to originating deals, LoanCore is a B-piece buyer and controlling holder. As deal-by-deal examples of happier customer service experiences are available, that too will help the industry grow, Bennett said.

Freddie Mac has developed a servicing standard of its own and is “keenly focused” on the borrower experience, said David Brickman, the head of the agency’s multifamily division. Freddie Mac is also focused on improving the economics of the servicer so that servicers are incentivized to provide better customer service.

Brickman said that the ultimate benefit in improving the customer experience could be attracting higher quality borrowers and, consequently, investors to CMBS deals.

For now, Borter said he finds it “embarrassing” that requests to servicers take so long to be addressed, and Goldman Sachs is tackling the issue head-on in three ways.

First, it has a servicer liaison who receives all requests sent to the servicer so that Goldman Sachs is able to monitor responsiveness and whether servicers are abiding by timelines.

Second, it’s looking at servicer compensation. “As an industry we have rammed down servicing fees so you get what you pay for and the servicer ends up charging the borrower,” Borter said. “But if the servicing fees are upped, those nuisance fees will go away.”

Lastly, Goldman Sachs is focused on clarifying the language in servicing documents to make it easier on the borrower and looking at the removal of some of the (many) borrower touch points in a CMBS deal.

The number of parties written into pooling and servicing agreements that must weigh in or approve actions throughout the life of a CMBS deal can also complicate things and cause delays to borrowers, said Erin Stafford, the managing director of global CMBS at DBRS. For example, when the rating agencies are asked to opine on any change in conduit deals, “it can add two weeks to the [approval] process,” she said.

Once the source of much anxiety, risk retention—now 14 months old—has turned out to be “much ado about nothing,” Borter said. Its implementation has, however, further consolidated the business down to the top 10 issuers who have the balance sheet to hold that risk, he said.

Bennett agreed that there has been very little impact, except for a slight slowdown in the market while it figured things out.

The GSEs are exempt thus far from the risk retention rules, although that could change, Brickman acknowledged. For now Freddie Mac is focused on developing an increasing stable of B-piece buyers who understand Freddie’s product who are committed the space. “We will not sell to opportunistic investors,” Brickman said. “We’re looking for multifamily experts.”