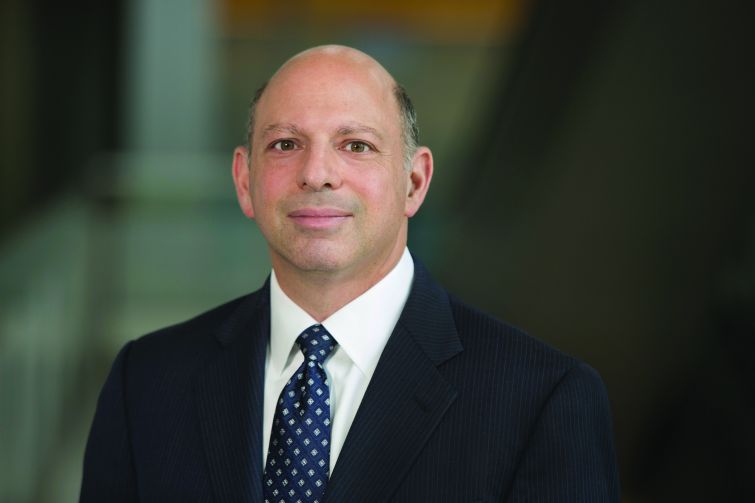 A financier with a public-service outlook. It almost sounds like a contradiction in terms. Nevertheless, that’s the tightrope that David Brickman, the executive vice president who leads Freddie Mac’s multifamily business, must walk every day. The University of Pennsylvania and Harvard University graduate, a year shy of his 20th anniversary with the agency lender, answers to an intricate pair of overlapping mandates: earn a sensible economic return from loan activities while assertively promoting liquidity and affordable housing even during economic crises.

If those responsibilities wear on Brickman, it doesn’t show. At the Commercial Finance Real Estate Council’s annual conference in Miami last week, the energetic mortgage executive walked Commercial Observer through his thoughts on the business with enthusiasm borne from a flourishing multifamily sector in the United States.

Commercial Observer: How does Freddie Mac understand its mission?
David Brickman: We have liquidity, stability and affordability tattooed on our forehead. Those are our three mandates. But our business model resembles that of a direct lender. We make all economic decisions relating to loans and all credit decisions. We think that that model makes us that much more “real estate people.”

How is your group organized?
We have a regional model, different than people’s typical view of government-sponsored entities. In New York, our staff is very much made up of New Yorkers, real estate people. When it comes to providing liquidity, we compete like a lender. The other lenders perhaps wish we would compete a little less. But we take very seriously the view that we’re supposed to act like a private lender.

To what extent does the affordability mandate limit what kinds of deals you’ll get involved in?
We will do deals that aren’t, per se, affordable. But we will proportionately lean in and be more aggressive and do more, if it’s got higher affordability. It’s a more nuanced model than just yes or no, but it’s absolutely there in the sense that the more affordable a project is, the more important it is to get involved.

So is that the primary driver of your decision-making?
As a business matter, I want to earn a reasonable rate of return on what we do. We view ourselves as a fiduciary, and I think we’ve been a good fiduciary for our shareholders—mainly the U.S. taxpayer.

What level of risk can you tolerate on your balance sheet?
We want to distribute the significant majority of risk, given that we are owned by the taxpayer. We look to support affordability. For any business activity we do, I like to ring all three bells to some extent: If there’s no affordability, I should earn a little bit more money on it. If it’s affordable, maybe I can earn a little bit less return. When it comes to liquidity, the good news is that we were able to do that while achieving the other objectives [during the financial crisis]. We were able to earn a reasonable return during that period of time. Our market share grew during the crisis, and then it shrank again after.

How would the market be different if the government-sponsored entities disappeared?
We actually did an extensive analysis of this in 2012 or 2013. We concluded that if you were to get rid of Fannie Mae and Freddie Mac, mortgage rates would go up by about 50 to 100 basis points, cap rates would go up by a similar amount, construction activity would decrease significantly in the short term, and there would be a diminishing supply of multifamily for some time. As a result, multifamily rents would be higher, all else being equal.

So the data vindicates your job.
It’s certainly a reasonable thing to ask: Do we need Fannie or Freddie? Some have suggested that there’s no economic consequence to [our presence], and I think we’d probably say, no, that’s not accurate. If you get rid of us, that would hurt the multifamily market.

With such high student-debt levels and stagnant wages, are young Americans less interested in homeownership than their parents were?
Those factors certainly contribute, as does the shift to information-based employment, which lends itself to a little bit more urbanization. I think there is a trend toward delayed marriage and delayed childbirth, which aligns with renting longer. I’m not sure that any fewer Americans will own a home today than in the past, but maybe they will own a home for a lower percentage of their lives. The idea of millennials renting more, I think that’s true, but what’s really happening is that people are just a little older when they transition into owned housing.

What’s Freddie Mac’s role in the commercial mortgage-backed securities realm?
We have our own type of securitization called K-deals. Those are exclusively multifamily. Other than that, we don’t participate in regular conventional CMBS. Over 90 percent of what we’re doing these days will turn up in some type of securitization. And we will never commingle our collateral with anyone else’s.

Why the 90 percent level?
We aspire for it to be 100 percent. I’d like to distribute risk on everything we do. In the past, we used our balance sheet, our retained portfolio, to buy and hold loans. Our retained portfolio has been shrinking because it’s been mandated to shrink by the Treasury Department and the Federal Housing Finance Agency. We haven’t had the ability to hold much on the balance sheet. What we don’t securitize tends to be loans that are difficult to securitize.