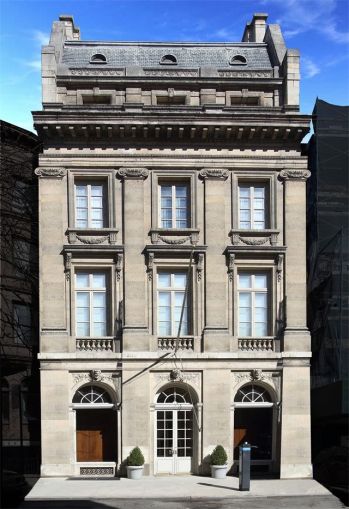 An affiliate of China’s HNA Holdings has sold an Upper East Side townhouse at 19-21 East 64th Street for $90 million, just a year after buying it from Wildenstein & Co. art heir David Wildenstein for $79.5 million.

The transaction for the nearly 18,860-square-foot property between Madison and Fifth Avenues closed on Feb. 6, according to city records made public today. The buyer is billionaire Leonard Blavatnik, a music mogul who was born in Ukraine and raised in Russia, according to The New York Post. Blavatnik is worth nearly $21 billion, according to Forbes. Blavatnik became a U.S. citizen in 1984 and a British citizen in 2010.

The news comes as HNA Group, the Chinese conglomerate that controls HNA Holdings, is seeking to sell more than $6 billion in properties worldwide, according to Bloomberg Business.

When the property traded on April 3 last year, it set the record for a townhouse sale in the Big Apple, as multiple reports indicated. Ullico provided a $50 million mortgage to the HNA affiliate, as CO previously reported. At the time, the Chinese giant was planning to use the building as office space.

The property first opened its doors as the Wildensteins’ art gallery and office in 1932.

Qatar’s government was nearing a $90 million deal to purchase the building in 2014 for use as a consulate, but walked away, according to The Real Deal.

Update: This story was edited to include the identity of the buyer.