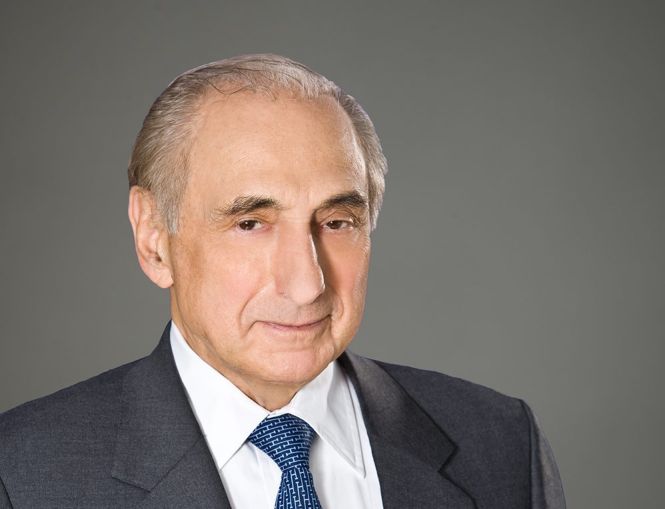 George Kaufman, the chairman of both generational property owner Kaufman Organization and production studio Kaufman Astoria Studios in Queens, died on Tuesday. He was 89 and less than a month away from his 90th birthday.

A native of New York City, Kaufman died in Florida from natural causes, according to a statement from Kaufman Organization, which has a wide portfolio of office, retail and residential properties in Manhattan, Queens other New York counties near the city.

In the 1960s, Kaufman took the reins of the company started by his grandfather, Samuel, in 1918 and expanded the company’s holdings to include a mix of commercial and residential properties in areas of New York including Tarrytown, Mount Vernon, New Rochelle and Yonkers, according to the firm’s website.

The company made headlines in 2014 when it scooped up the ground leases on what was called The Ring Portfolio, which include 19 West 24th Street, 13 West 27th Street, 45 West 27th Street and 119-125 West 24th Street. Kaufman Organization renamed it the Madison Square Portfolio. Last year, the company acquired a ground lease at 236 Fifth Avenue in NoMad for $64.5 million, as The Real Deal reported. The company is headquartered in its prominent 450 Seventh Avenue, also known as Nelson Tower.

Then in 1980, Kaufman led the company to acquire a defunct film complex in Astoria, Queens built in 1920 for the original home of Paramount Pictures, as Commercial Observer previously reported. He renovated and expanded it over time and renamed it Kaufman Astoria Studios, which is today a roughly 600,000-square-foot modern production campus. Notable works produced at the facility include Men in Black 3, Sesame Street and Orange Is the New Black.

“George was so much more than a real estate developer,” Hal Rosenbluth, the president and CEO of Kaufman Astoria Studios, said in a prepared remarks. “He was a visionary who saw the promise of film and television production work in New York long before it became an integral part of the city’s economy.”

Kaufman was for years an active member of the Real Estate Board of New York. He was a founder emeritus and the first founder of the Garment District Alliance in 1993, formerly known as the Fashion District BID, which works to advance the businesses in the neighborhood.

Kaufman served on the board of The Whitney Museum, The Fashion Institute of Technology, Exploring the Arts and the Museum of the Moving Image.

He earned his an undergraduate degree from Ohio State University and his master’s degree from New York University. Kaufman is survived by his wife Mariana and his daughter, Cynthia.