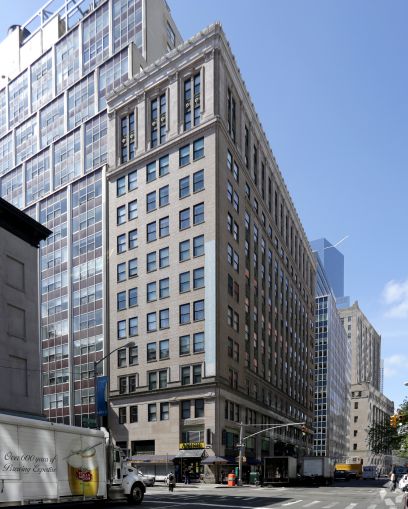 Clipper Equity has completed a $335 million refinancing on its adjacent pair of apartment towers in Tribeca, according to documents appearing in city property records today.

The mortgage, from Deutsche Bank, rolls over debt on the two buildings that Clipper had last refinanced two years ago. The New York City-based firm, which owns dozens of apartment buildings in New York and New Jersey, bought the complex, at 53 Park Place and 120 Church Street, in 2014 from the Sapir Organization for $560 million.

Until January, Clipper had been locked in a dispute against more than 40 tenants at the site who claimed that the company, steered by its founder, David Bistricer, had illegally deregulated apartments in the buildings that had been covered by the 421-g tax incentive program, as Commercial Observer previously reported. The incentive offers tax breaks to landlords who promise to keep units rent-stabilized for decades.

In July 2017, New York’s State Supreme Court sided with the tenants, but late last month, a higher panel in the Appellate Division overturned that ruling, declaring that Clipper had followed proper legal procedures to deregulate the building, and that the apartments were no longer subject to restrictions on rent hikes.

“It’s a significant decision for owners of buildings in Lower Manhattan for which they had received 421g benefits,” Rosenberg & Estis attorney Luise Barrack told CO at the time.

It was also surely a significant decision for Clipper, which doubtlessly leveraged increased tenant stability and an end to the legal uncertainty to lock in hundreds of thousands in bank debt before the Federal Reserve is expected to raise interest rates in March.

The building at 120 Church Street, a 21-story tower of more than 620,000 square feet, comprises 100 apartments, from studios through three-bedrooms, and hosts an outlet of the Schnippers restaurant chain on its ground floor. Its neighbor, 53 Park Place, is home to 106 units split between studios and one-bedrooms. Amish Market, a grocery store, leases 12,000 square feet at street level.

Iron Hound Management brokered the financing, according to Robert Vernicek, a director at the firm.

A representative from Deutsche Bank declined to comment, and officials at Clipper Equity did not immediately return a request for comment.