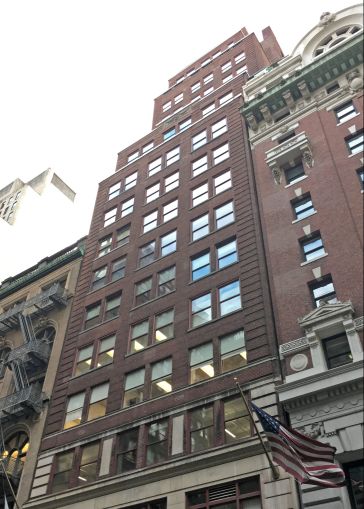 The Breast Cancer Research Foundation (BCRF) is moving its Manhattan headquarters to the Club Row Building at 28 West 44th Street in Midtown, where it has agreed to sublease 13,114 square feet of office space, Commercial Observer has learned.

The nonprofit signed a five-year sublease to take part of the sixth floor at the 22-story, 372,000-square-foot property between Fifth Avenue and Avenue of the Americas, according to sources with knowledge of the transaction. BCRF is taking over the space at the APF Properties-owned building from advertising software provider Mediaocean, the sublandlord in the deal.

The move will see BCRF nearly double its current footprint at 60 East 56th Street between Park and Madison Avenues, sources said. The organization is expected to relocate to its new offices at the Club Row Building before the end of March.

Asking rent in the deal was in the high $50s per square foot. Sam Seiler and Sinclair Li of CBRE represented BCRF in the transaction, while Kirill Azovtsev, Michael Pallas and Jim Wenk of JLL represented Mediaocean. A spokeswoman for CBRE declined to comment, while a spokesman for JLL did not immediately return a request for comment.

APF Properties partnered with PGIM Real Estate to acquire the building from SL Green Realty Corp. for $161 million in 2011. APF subsequently bought out PGIM’s stake to gain full ownership of the property in 2014.