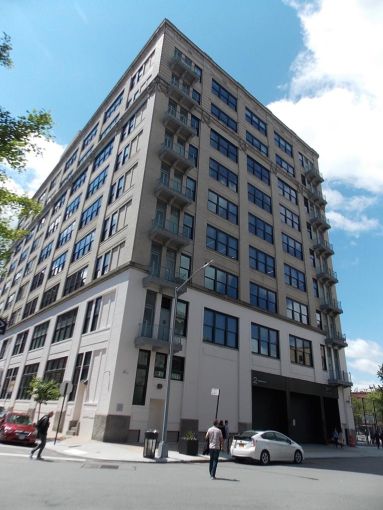 M&T Bank has provided Sage Realty Corporation, the leasing and management arm of the William Kaufman Organization, with $95 million to refinance its landmarked office building at 2 Gansevoort Street in Greenwich Village, according to records filed yesterday with the New York City Department of Finance.

The loan consolidates and refinances roughly $50 million in previous debt from M&T Bank from November 2014, as Commercial Observer previously reported. In addition to the refinance, the bank provided the borrower with $45 million in new financing.

The purpose of the new financing is unclear as officials at Sage Realty and the William Kaufman Organization did not immediately respond to calls for comment.

The previous loan was a five-year loan, arranged by Andrew Singer of The Singer & Bassuk Organization, that funded tenant and capital improvements at the property, officials from the William Kaufman Organization told CO at the time. The old debt included a roughly $28 million land loan, a $13.9 million building loan and a $7.9 million project loan, property records show.

Originally built in 1912 as a warehouse and trade school—including the country’s first TV repair school—at the intersection of West 13th, Horatio and Gansevoort Streets, the nine-story, roughly 201,000-square-foot former industrial building was designed by William H. Dewar, Jr. The William Kaufman Organization, a family-run real estate owner and operator purchased the property—with an alternate address of 320 West 13th Street—in 1948 and then moved to transition the property into one of the first office buildings in the neighborhood, as CO previously reported.

One of the buildings largest tenants is fashion company Theory, which occupies 79,000 square feet of space on a 16-year lease signed in September 2014.