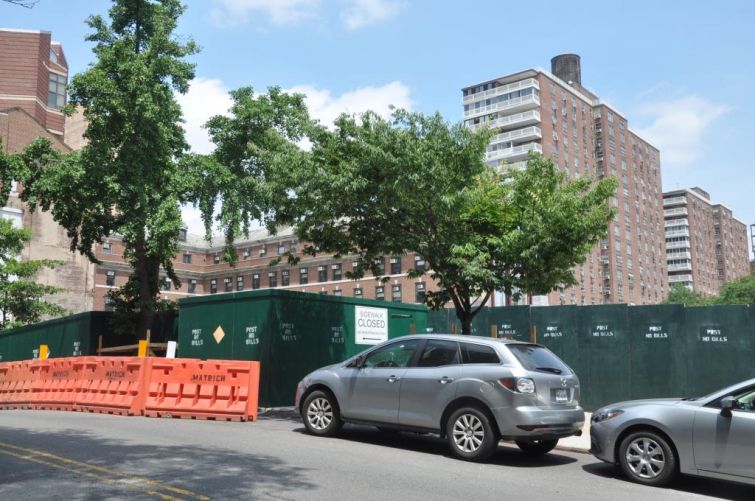 Deutsche Bank provided Savanna with a $176 million financing package for the development of Vandewater, a planned 32-story, 170-unit condominium building at 525 West 122nd Street in Morningside Heights, according to records filed today with the New York City Department of Finance.

The planned 315,000-square-foot residential project will sit on a parcel of land on the eastern edge of the Jewish Theological Seminary’s (JTS) Morningside Heights campus. JTS announced in a February 1, 2016 press release that it had completed the sale of the land, limited air rights to develop said land and one of its off-campus residence halls to Savanna. The plot sold for $96 million, as first reported by The Wall Street Journal in January 2016.

To help finance the acquisition of the plot and development rights from JTS, records show Savanna obtained a $34.6 million loan from Pacific Western Bank. That deal closed on January 28, 2016.

JTS utilized the proceeds from the sale to “reimagine and modernize its campus to meet the needs of current and future generations,” according to the Feb. 2016 news release. The seminary planned the additions of a performing arts space and a new library built directly above a residence hall that will be home to the school’s “renowned Judaic collection of rare books, manuscripts and scrolls,” the release states.

Tod Williams Billie Tsien Architects was tapped by the seminary to tackle the renovations and expansion of its remaining campus space, located at 3080 Broadway, between West 122nd and West 123rd Streets.

Currently in the pre-construction stage, according to buzzbuzzhome.com, Savanna’s Vandewater will be comprised of apartments from the second to 32nd floors. INC Architecture & Design is responsible for the design of the building’s exterior and interior while SLCE Architects is involved as the executive architect. It’s unclear when the project is expected to wrap construction.

Representatives for Savanna and Deutsche Bank did not immediately return separate requests for comment.