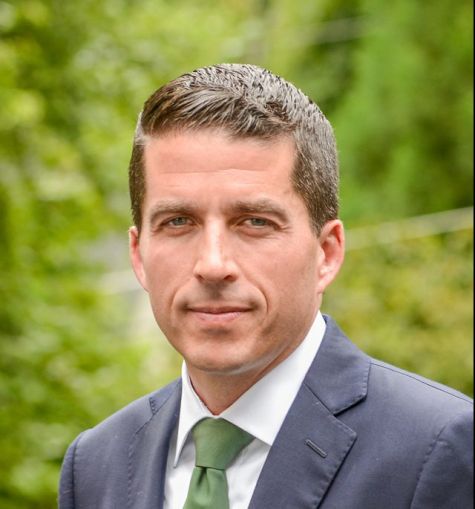 Daniel Rashin and Tetsuya Masuda are stepping down as the Rockefeller Group’s co-presidents and CEOs, to be replaced by Daniel Moore, currently the company’s executive vice president and head of urban development, Commercial Observer learned.

Moore will assume his new role on April 1, one day after Rashin’s retirement becomes official, with Rashin and Masuda remaining in their roles until then. Masuda’s new position will be announced closer to April.

According to the Rockefeller Group, the move had been in the works for a while as part of the “long term succession plan” of the board.

Moore came to Rockefeller from the Texas-based owner and developer Hines in 2016, just as Rashin was promoted to CEO. (Rashin also came from Hines.) Moore had been managing director in Hines’s Washington D.C. office before being tapped to oversee Rockefeller’s mixed-use projects throughout the country.

His D.C. background no doubt made Moore an extremely attractive choice to the board, given that last year the company—along with the Meridian Group—announced plans to build their first ground-up Washington D.C. project, a 437,000-square-foot trophy office called Boro Tower.

Within the last year, the company also assembled the air rights necessary to build a luxury residential project in Nomad.

“I am honored to be selected for this position, and to succeed Dan Rashin and Tet Masuda,” said Moore in a press release announcing the move. “What they have accomplished in a relatively short time is tremendous.  That Rockefeller Group has a more active development business today than at any time in its 90-year history is a testament to their leadership, the strength of our team and the direction we are going on behalf of our employees, clients, partners and investors.”

Of his successor, Rashin said in the company’s press release: “Dan’s broad background in real estate development and capital markets, business development and investment management, make him the right choice to lead Rockefeller Group in its next phase of growth. Together we have started to build strong momentum, with the largest development pipeline in our company’s history, and I expect us to continue that expansion under his leadership.”

“Rockefeller Group has sharpened its focus in recent years on its Manhattan properties and on new development in our target markets nationwide, primarily in the office, multifamily and industrial asset types,” said Masuda in a statement. “Dan’s leadership and hands-on expertise have been very valuable as we’ve grown our development pipeline and will continue to be extremely important to our clients, joint venture partners and investors as we execute on our existing projects.”