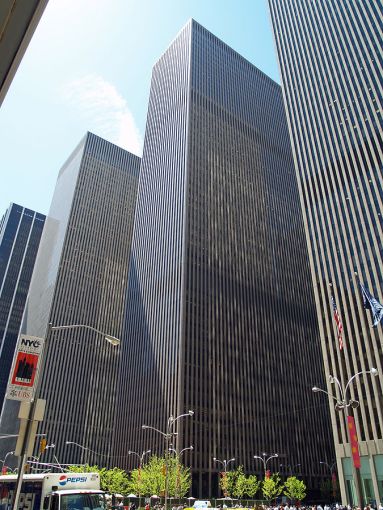 Daniel Moore, who was Hines’ managing director in Washington D.C., is overseeing Rockefeller’s office, residential and mixed-use projects throughout the nation as an executive vice president and head of urban development, according to information provided to CO by Rockefeller.

He took the role this week, succeeding Daniel Rashin, who was promoted to co-chief executive officer in January.

“Dan is a highly experienced development and investment management professional with the right combination of leadership and vision to help The Rockefeller Group grow our pipeline and deliver best-in-class properties in and around the major metro regions,” Rashin said in prepared remarks.

Moore, a Wharton School graduate and former U.S. Air Force captain, will be based out of Rockefeller’s headquarters at 1221 Avenue of the Americas between West 48th and West 49th Streets.

At Hines, Moore spent 16 years in varying roles, starting as an assistant project manager for the development of 745 Seventh Avenue between West 49th and West 50th Streets. Most recently he oversaw planning of the 322-unit apartment building at 1213 Walnut Street in Philadelphia, which is still under construction. The 26-story building is Hines’ first development in that city.

“I’m very pleased to join The Rockefeller Group, a company with a monumental reputation and even greater potential,” Moore, 44, said in a statement. “We have a sizable development platform and project portfolio today and will continue to diversify by geography and asset type.”

Rockefeller has several major projects in the planning phases or under construction in New York City including redevelopments of its 1221 and 1271 Avenue of the Americas towers, and Flushing Commons in Queens, a 1.2-million-square-foot mixed-use development, which Rockefeller is co-developing.