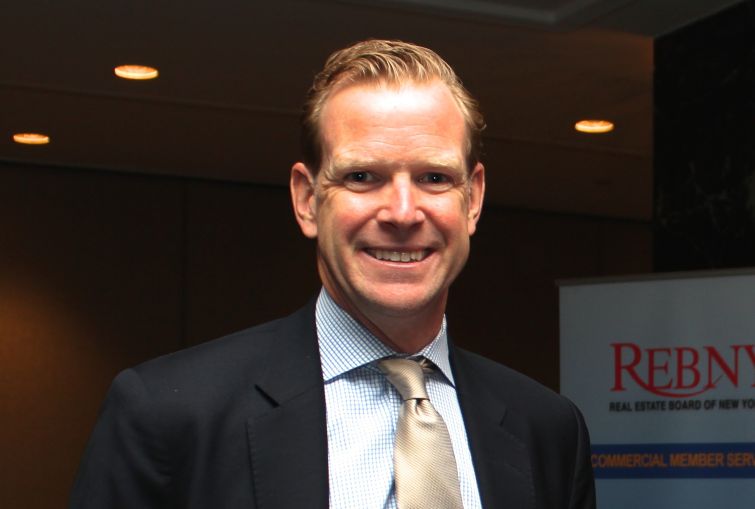 After much speculation and rumor, Commercial Observer can report that Cushman & Wakefield’s James Nelson is jumping to Avison Young.

He will become a principal of Avison Young and head of its New York metro area investment sales practice. Nelson’s decision comes shortly after the former Massey Knakal Realty Services partners—including Nelson, Stephen Palmese, Thomas Donovan, John Ciraulo as well as Massey Knakal Founders Robert Knakal and Paul Massey—received the remaining $25 million C&W owed them from the 2014 purchase of Massey Knakal. His first day at the new job is Feb. 5.

Nelson, a vice chairman in the capital markets group at C&W, handles investment sales with his 11-person team. His deals have included selling a Hudson Yards development site, which had a combination of parcels, to Tishman Speyer in 2014 for $238 million. And the Colgate University graduate brokered the sale of Dime Community Bancshares’ $80 million Williamsburg portfolio in 2016.

He was a partner at Massey Knakal and joined C&W after the global company bought New York-centric Massey Knakal on Dec. 31, 2014 for $100 million.

The deal stipulated that the partners could get 75 percent of the money at closing (although four administrative partners were paid off in full at closing), and the remaining 25 percent on a nine-year note, a source with knowledge of the deal said. But if the brokers remained working at the company as of Dec. 31, 2017, the following day they could accelerate it from nine years to three years. They all gave notice to accelerate it on the first of this year, and they received the remaining 25 percent of their money about two weeks ago.

So while Nelson, Palmese, Donovan and Ciraulo’s contracts expired on Dec. 31, 2017, they couldn’t realistically plan an exit until they received the outstanding funds. (Knakal and Massey’s non-compete and no-solicitation deals expire June 30.)

Mitti Liebersohn, the president and managing director of New York City operations at Avison Young, worked to reel in Nelson for a while, with Nelson spotted around the Avison Young offices on the 15th floor at 1166 Avenue of the Americas between West 45th and West 46th Streets. Liebersohn even made an informal announcement to a team of leasing brokers last month that the firm was close to poaching the big-time broker.

“James Nelson has decided to leave Cushman & Wakefield to pursue other opportunities,” a company spokesman said in a statement. “We appreciate his contributions to the firm and wish him success in his future endeavors. Cushman & Wakefield will continue to seize the opportunity to attract and retain the best talent.”

The timing is good as C&W is having the former Massey Knakal brokers, still working at 275 Madison Avenue, relocate to C&W’s 1290 Avenue of the Americas next month.

Moving from the well-established global C&W to Toronto-headquartered Avison Young, a relative newcomer to New York City, makes sense for Nelson, according to one broker, as he won’t be competing with heavy-hitting investment sales brokers internally, as he is at C&W. Avison Young has focused on office leasing in New York City since opening in 2011.

“He gets the same international platform to play on but has some more elbow room in the sandbox where he is playing,” the broker said.

As for Avison Young, Nelson would help beef up its investment sales business.

“Avison needs someone [selling buildings],” another broker said. “Brokers all have gigantic egos. If he goes there he’ll be the number one sales guy at a reasonably sized firm and he can build a sales team there.”

A spokesman for Avison Young did not immediately respond to a request for comment, nor did executives for the company or Nelson.

UPDATE: This story was edited to add James Nelson’s title at Avison Young as well as his start date.