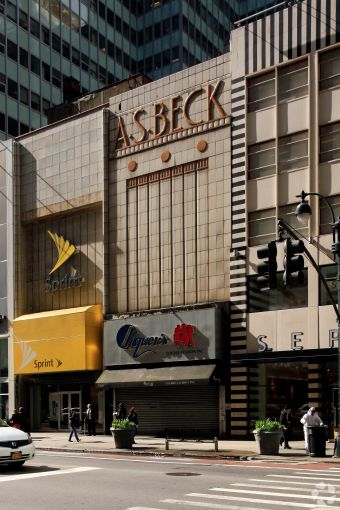 The Port Washington, N.Y.-based company, which sells makeup, brushes, accessories as well as hair care and skin care products, will be setting up shop at 128 West 34th Street, opposite Macy’s. The company has leased the entire five-story, 10,000-square-foot building between Broadway and Seventh Avenue, but only plans to retail on the 2,200-square-foot ground floor, according to information provided by Jeffrey Roseman of Newmark Knight Frank Retail. He represented the landlord, Stahl Organization, along with NKF’s Marc Leber. But Absolute New York will use the entire facade for signage. The asking rent was $1.3 million per year, Roseman said.

“Absolute New York was looking for a very prominent location to launch their retail platform in the United States,” said Winick Realty Group‘s Lee Block, who along with Spencer Bowers worked on behalf of the tenant. “This location gave them the unbelievable foot traffic and visibility that only 34th Street can offer across from Macy’s and Herald Square.”

While Absolute New York is featured in its own stores overseas as well as in third-party retailers like Walgreens, Boots and CVS in the United States, this is its first standalone store in this country.

“This was a win-win deal for both sides, Roseman said in prepared remarks. “The tenant gets a once-in-a-lifetime opportunity to open a store in the shadow of the greatest department store in the world, and the landlord gets a stable tenant in an evolving retail climate.”