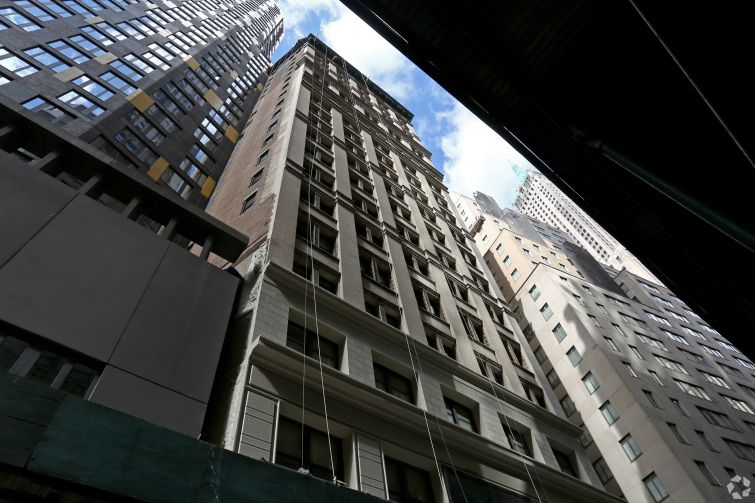 The Crime Victims Treatment Center, an organization that split off from Mount Sinai St. Luke’s last year, has inked an 8,630-square-foot deal at 40 Exchange Place to relocate its operations, Commercial Observer can first report.

The nonprofit, which provides services to survivors of violent crime, will occupy a part of the fifth floor of the 20-story building at the corner of William Street for 15 years. The structure is owned by GFP Real Estate and Northwind Group. The asking rent in the deal was in the $50s per square foot, according to information provided by the landlord.

The organization began within St. Luke’s Hospital (today called Mount Sinai St. Luke’s) in 1977. In order to expand its services, it separated from the hospital and plans to relocate from its existing space at 126 West 60th Street between Amsterdam and Columbus Avenue in Midtown in February for convenience.

“We are over the moon to be moving into that space. It’s exactly what our clients need,” Christopher Bromson, the executive director of the Crime Victims Treatment Center, told Commercial Observer. “We serve survivors from all over New York City. Columbus Circle is great for some people, but Downtown has a lot of transit hubs. Being in the Financial District will increase our accessibility to a lot of survivors.”

Avison Young’s Susan Kahaner, who worked alongside colleagues Michael Leff and Jennifer Ogden to represent the nonprofit, called the space “ideal” for the group, in a statement. Allen Gurevich of GFP handled the deal for the landlord in-house. The landlords have been able to provide soundproof therapy rooms for the tenant, which was a necessity for the organization.

The deal was right up the alley for GFP because it “has a long tradition of supporting nonprofit organizations, housing over 1,000 nonprofits in over 3 million square feet in New York City,” Brian Steinwurtzel, a co-chief executive officer of the landlord, said in prepared remarks.

The Crime Victims Treatment Center also has a Morningside Heights location at 1090 Amsterdam Avenue between West 113th and West 114th Streets. The group has plans to relocate that outpost within Morningside Heights, but Bromson said the new office there has yet to be determined.