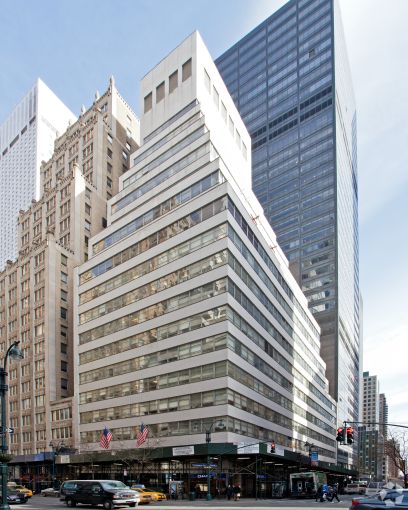 The Central Conference of American Rabbis (CCAR) has signed a 7,600-square-foot deal at the Rudin family’s 355 Lexington Avenue to relocate its offices within the tower from joint offices with the Reform Pension Board, Commercial Observer has learned.

CCAR, an organization that supports reformed rabbis with education and published works, will be moving to a section of the eighth floor in the 22-story building between East 40th and East 41st Streets. Asking rents in the Midtown East building range between $55 per square foot and $62 per square foot.

The group is relocating in the second quarter of 2018 from the 18th floor of the building, where it shares the entire 8,790-square-foot floor with the Reform Pension Board.

The Reform Pension Board, a separate organization that provides professionals in the Reform Movement with pension plans, has signed a 4,000-square-foot lease for new offices on a portion of the fifth floor of the building. It also plans to relocate in the second quarter next year.

It was not immediately clear why the organizations were splitting their offices apart, but the tenants both wanted “renovated space elsewhere in the building,” according to Rudin Management Company’s Robert Steinman, who handled the deals in-house, via a spokeswoman.

“These new leases are a testament to our relationships with CCAR and RPB, two organizations that we have housed for nearly two decades,” William Rudin, the co-vice chairman and chief executive officer of Rudin Management Company (which manages the Rudin family’s assets), said in prepared remarks.

The groups did not have brokers in the transactions, and representatives for the CCAR and the Reform Pension Board did not immediately respond to requests for comment.