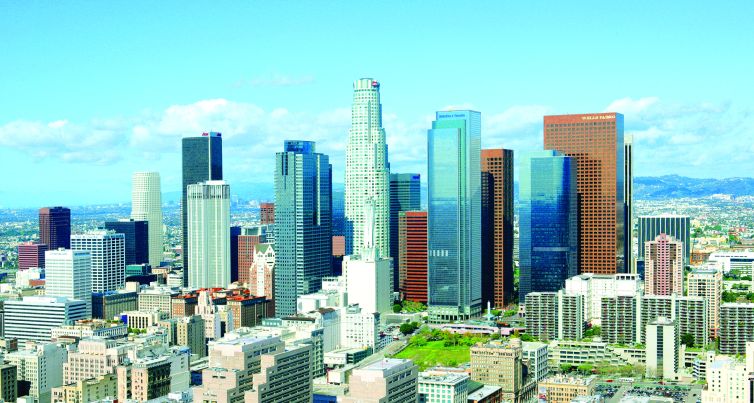 The Los Angeles City Council unanimously passed a measure on Wednesday that will assess a “linkage fee” requiring developers to pay a surcharge for new residential and commercial projects to generate revenue for an affordable housing fund. The fee is an effort to address a housing and homeless crisis—the city has the highest number of homeless people in the nation with an estimated population of 58,000 in 2017, according to statistics from the Los Angeles Homeless Services Authority.

The Affordable Housing Linkage Fee Ordinance (AHLF) will earmark what will amount to $100 million a year for the city’s affordable housing trust, thus generating an estimated 1,500 new units of affordable housing a year once it fully goes into effect in mid-2019, according to a spokesman for City Councilman Jose Huizar, the chair of the Planning and Land Use Management Committee.

The fee will range from $1 to $15 a square foot, depending on the type of project and its location. Planners will utilize the city’s 35 community plans, which designate boundaries to help guide development, to calculate the charge, according to the Los Angeles Times. For instance, home builders on the Westside—considered a high market—would pay higher fees, while developers in lower-range markets, like San Pedro and South Los Angeles, would have lower fees.

Several building categories will be exempt from the fee, including schools, hospitals and public museums, as well as residential additions smaller than 1,500 square feet. Residential property developments, which include a set percentage of affordable, low- or moderate-income housing in their buildings, would also be exempt.

The measure is part of a statewide trend toward assessing fees for real estate transactions to help raise money for low-income housing. In September, the LA Times indicated, Gov. Jerry Brown approved Senate Bill 2, which includes a $75 fee on mortgage refinances and other real estate transactions, is expected to raise $250 million a year to help finance low-income developments, as well as a $4 billion bond slated for the 2018 ballot, that together could raise close to $1 billion for low-income housing annually.

Expectedly, some members of the business community are concerned that the ordinance will discourage the commercial development, namely of middle-class housing, in the city.

“No one can deny the need for more affordable housing in the region,” Gary Toebben, the president and CEO of the Los Angeles Area Chamber of Commerce, told Commercial Observer. “It makes no sense to add another fee to the construction of middle-class housing, which is what so many of our residents desperately need.”

Toebben said if that motion was incorporated in how the measure is instituted, his organization would withdraw its objections. (In addition to approving the linkage fee, the council agreed Wednesday to study raising the residential development fee in high-market areas to $18 per square foot and also consider Cedillo’s motion.)

“We’re the only big city in the state of California that does not have a consistent funding source for affordable housing. And with the diminishing assistance from the federal government and more in the federally proposed tax plan where they are going to take away tax credits that developers could use as well as the disbandment of the state’s redevelopment agencies, our options for affordable housing is decreasing exponentially every year,” Rick Coca, the communications director for Huizar, said, referring to the formal disbanding of hundreds of state redevelopment agencies by the Supreme Court of California in 2011.

When asked if he is concerned the measure might slow down commercial development in the city, he said the city council took that into consideration when coming up with the rate structure.

“The ordinance that we are adopting today comes in at a lower rate than a Nexus study said the market could bear,” Coca said before the council vote on Wednesday. “A big part of the reason why we are being conservative is obviously we do not want to slow down development or block it in any way. We think given the housing needs, housing development, and just the amount of cranes that seem to go up in Downtown Los Angeles daily, that this linkage fee will be able to be incorporated into any future development without too many problems.”

Garcetti first proposed a linkage fee in 2015 as part of his comprehensive housing strategy, which includes tripling the production of permanent supportive housing for the homeless, strengthening the city’s Rent Stabilization Ordinance, doubling the production and preservation of affordable housing, and permitting 100,000 units by 2021.