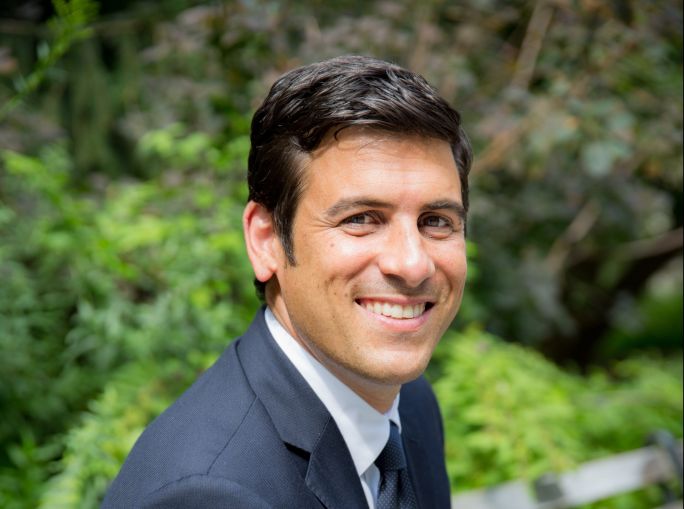 Stellar Management Principal and Chief Investment Officer Matthew Lembo never expected that he’d join the executive ranks of New York real estate. “I can say definitively that I did not have a plan [in college to enter the industry] one way or the other,” he said with a laugh. He’s since expanded his horizons and currently spearheads Stellar’s process of sourcing new acquisition opportunities on a portfolio of 100 buildings in New York City and Miami.

Commercial Observer sat down with Lembo to discuss Stellar’s investment strategy, its recent work near Madison Square Park and the most memorable projects from his nearly 10 years at the firm.

Commercial Observer: How did you first get into real estate?

Lembo: I was in college [at George Washington University] and I needed a job, but I didn’t have very many prospects. I used to play basketball every day, and one of the guys I played basketball with was in his 40s and had a real estate company. I said to him, “Can I have a job?” He said, “Sure.” So, I graduated college on a Sunday and went to work for him on a Monday. It was the opportunity that presented itself. It wasn’t that I planned to go into real estate or didn’t plan to go into real estate.

Where was your start, and how did you end up at Stellar?

I started at Real Estate Resource Group, [spent two years there], came back to New York and got a job at a company that was then called Sonnenblick-Goldman, which Cushman & Wakefield eventually ended up buying. After [three years at C&W], [Stellar Founder and Chief Executive Officer] Larry Gluck offered me a job, and I said yes.

What was the transition like, moving from the brokerage side at Cushman & Wakefield to acquisitions and investment at Stellar?

What I learned at Cushman & Wakefield was the financing aspect of the business. I was able to translate that [experience] from being a representative of an owner to being an actual owner. I was able to understand how to finance and structure transactions and how that plays a part in the ownership lifecycle of an asset.

Do you remember the first project you spearheaded at Stellar?

It was 111 Kent Avenue in Williamsburg [Brooklyn]. We partnered with Largo Investments to purchase what, at the time, was a bank-owned failed condo project. We purchased it and turned it into a rental with a small pool on the roof and subsequently rented it out for what was—at the time—the highest rents ever achieved in Williamsburg. We later sold it. So, that was the first deal I made with Larry [Gluck] in an acquisitions role. I believe it was in March of 2011.

The very next one that I was involved in that we purchased was One Soho Square [at 233 Spring Street and 161 Avenue of the Americas] in April 2012, and that was pretty exciting because it’s an office building in a great location.

You’ve been at Stellar for almost 10 years now. Has the company’s strategy shifted much during that time?

One of the things that has changed at Stellar is we are exclusively focused on buying, owning and operating real estate in New York City, and that’s been a focus of our company. The reason for that is we feel we need to be near the real estate in order to properly manage it and effectively operate it.

What has been keeping you busiest in 2017? What are your newest projects?

We are building a 250,000-square-foot apartment house in Greenpoint [Brooklyn] at [211 McGuinness Boulevard] that we financed with Bank of the Ozarks, and that’s a building with approximately 200 units that is going to be highly amenitized and targeted toward the young renter in that Williamsburg and Greenpoint market. We’ll have a rooftop pool and rooftop yoga stations. We’ll have a large gym, a library. It will have around 200,000 square feet of retail space as well. We bought the site in May 2015, and we’re really excited about that.

I’d say the thing that’s kept me the busiest this year has been the acquisition of 220 Fifth Avenue, which is a prewar office building located on the northwest corner of 26th Street and Fifth Avenue. I think that transaction allowed us to take on what is a beautiful office building that had been neglected for generations. We have a business plan to invest a lot of capital into the asset in order to modernize it with new building systems, new lobbies and new prebuilt floor plates that we think will appeal to modern office tenants. What’s special about that building is the exterior and the surrounding area. Every floor has sweeping views of Madison Square Park, which is a unique attribute for a building to have, to have panoramic views of the park on literally every floor. That was interesting for that asset.

What types of a tenant interest have you gotten for the property?

We are speaking with growing technology companies. We are speaking with financial services companies that want to be in the Midtown South neighborhood. Those are the two greatest tenant bases that we’re seeing. I think people want to work where they live and live where they work, and most people want to live downtown in the Midtown South corridor. So, we’re seeing that drive demand for our space. I mean, we’re at the heart of Madison Square Park and the Flatiron neighborhood, which is a great neighborhood with a ton of local restaurants and amenities and a park. It’s a place where you want to live and work.

How is One Soho Square progressing?

That project is progressing well, and it’s anticipated to be completed at the beginning of 2018.

Who are the newest tenants to sign at One Soho Square and what do you think appeals to that type of tenant (I understand that MAC cosmetics recently took 86,000 square feet)?

Yes. And, we’ve secured Glossier, which was founded by a 31-year-old woman named Emily Weiss, and she’s growing that business; it will be Weiss’ headquarters. We also have another tech tenant called Managed by Q, which provides subscription and on-demand services for cleaning and maintenance supplies. So, those two companies particularly, along with Warby Parker, which has three floors in the building and was founded by four Wharton students at the time. They are all new companies founded by people in their 30s. They targeted us and we developed the building to their needs. One of our tenants in that building is Trader Joe’s, which provides a nice onsite amenity. Also, Aveda is a tenant in that building.

Where do you typically find your sources for financing acquisitions and development?

On the debt side, we generally seek out conventional financing from local banks. The Capital Ones and the New York Community Banks of the world are our typical lenders. We don’t like to capitalize our projects with [mezzanine debt]; we prefer a more conservative approach. Lower leverage is generally safer for us, and we prefer to have that flexibility.

Do you envision Stellar ever pivoting to using more high-risk avenues for financing?

I doubt it. Our business plan has been to be a long-term owner and operator in New York City real estate, and we wouldn’t want to be in a position where we are controlling the asset and not our lenders.

How’s your pipeline looking for the rest of 2017?

Our acquisitions pipeline going forward is dictated by who calls us. We don’t have a formal strategy. We sort of wait for the phone to ring and try to find properties we feel we can add value in some way, shape or form.