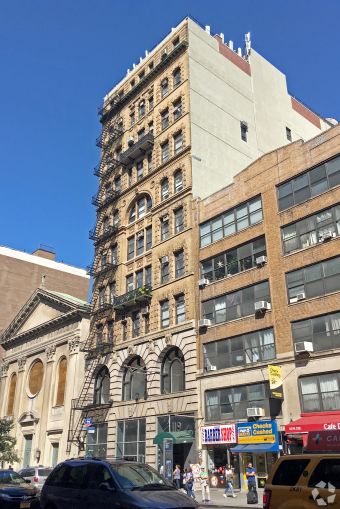 From the Down Under to Midtown South.

The studio, which has locations in Sydney and Melbourne, will occupy the second floor of the 10-story building between Avenue of the Americas and Seventh Avenue. The asking rent in the 10-year lease was $50 per square foot. The studio will open in spring 2018.

“They liked this building because it’s a historic building and the ceiling heights are very high, and there are many windows facing the street,” said Stephan Brenot of Rice & Associates, who represented Humming Puppy.

The yoga studio follows other fitness concepts in the area such as Peloton, boxing studio Rumble and Mile High Run Club.

“We feel that this neighborhood, specifically this fitness-evolving area of [West] 23rd Street, makes 119 West 23rd Street the perfect location for us to begin sharing our yoga practice with the U.S.,” Jackie Alexander, a co-founder of Humming Puppy, said in prepared remarks.

“Our property offers a prime location for the yoga studio to plant its flag in the U.S. and we’re thrilled to feature this added amenity to the area, as well as to our tenants,” said Paula Katz, co-owner and principal of Stellar Management, in a statement.