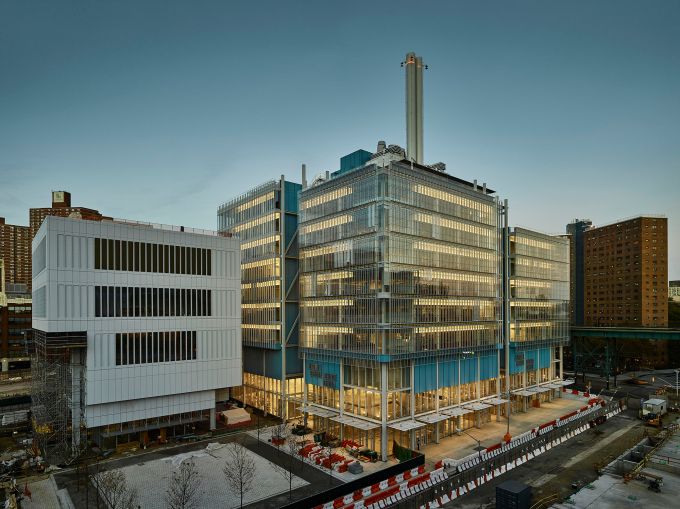 A local Harlem coffee shop plans to open its second location in Columbia University’s new Manhattanville campus, according to a press release from the institution.

Dear Mama Coffee signed a long-term lease last month for a 4,700-square-foot space at the Jerome L. Greene Science Center, the first building completed at the new 17-acre campus rising around 125th Street and Broadway. The shop will occupy the ground floor and mezzanine levels of the building and open onto the “Small Square,” a 10,000-square-foot outdoor plaza with a seating area bookended by the Lenfest Center for the Arts. The university declined to disclose the terms of the deal.

The Renzo Piano-designed scientific research facility at 605 West 129th Street fronts a full block along Broadway between West 129th and West 130th Streets. The nine-story, 450,000-square-foot glass structure is one of three buildings in the first phase of Columbia’s ambitious and controversial northern campus, with the newly-opened Lenfest Center and the under-construction University Forum rounding out the southeastern corner of the complex.

The coffee shop will serve java roasted in Red Hook, Brooklyn, a mix of teas that are imported or blended in-house, menu items for breakfast, lunch and dinner, pastries made on-site, and cocktails and wine. And it will offer weekly exhibitions, art installations and live music, just like Dear Mama’s first Harlem outpost, which opened in mid-2016 at 308 East 109th Street.

Zachary Sharaga, founder and chief executive officer of the uptown coffee chain, said that he planned to hire employees from the neighborhood.

“There aren’t that many businesses in this neighborhood that can offer work in the competitive way that we can,” Sharaga told CO. “I grew up on Pelham Parkway [in the Morris Park area of the Bronx] and there were no jobs to be had on Pelham Parkway. As a kid, if I wanted to gain some life skills, I had to commute. So I’d love to have people from the neighborhood join the team and gain precedence in the hiring process.”

Sharaga added that he planned to open in time for the fall semester next year.

Dear Mama will join the project’s first retail tenant, rock climbing gym Steep Rock Bouldering, which opened in the spring along with the rest of the building. Columbia is searching for one more retailer, likely a food-related business, to fill the final storefront in the building.

“They’re an experienced local operator,” said Hochhauser. “They have a great food and coffee program. They want to engage with the community and beyond, and they’re going to take it from breakfast all the way to late night.”