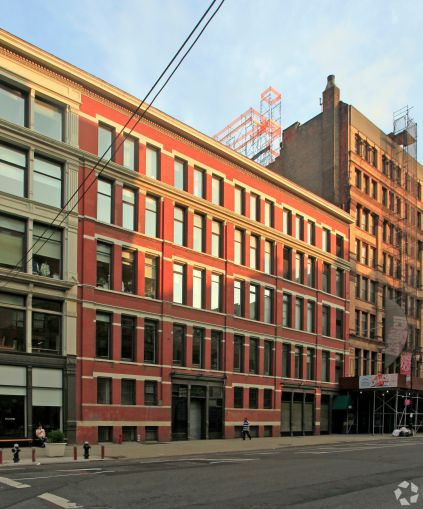 PebblePost, a direct mail marketing startup, recently signed a 19,644-square-foot deal at 400 Lafayette Street to nearly quadruple the size of its offices, Commercial Observer has learned.

The company, which uses its software to learn consumers’ computer search habits and target them with printed advertisements for products, moved into its new digs earlier this month and is occupying the entire second floor of the five-story building, which is located at the corner of East 4th Street in Noho.

The asking rent in the deal was $75 per square foot, according to information provided by ABS Partners Real Estate.

“400 Lafayette Street offers large, open floor plates that allow businesses to build  offices that foster creativity and encourage collaboration,” said ABS’ James Caseley in prepared remarks, who represented landlord Sand Associates with colleagues Charles Conwell and Joseph LaRosa. “The second floor provided the ideal amount of space for PebblePost, which is in the midst of an explosive expansion.”

PebblePost relocated from nearby 36 Cooper Square between East 5th and East 6th Streets, where it had 5,000 square feet.

Since PebblePost’s founding in 2014, the company has raised $63 million, according to Crunchbase. This year alone it raised $47 million with a combination of equity and debt.

“PebblePost was in immediate need of a larger space to accommodate its rapidly growing staff,” Savills Studley’s Craig Lemle, who represented PebblePost with colleague Nick Zarnin, said in a prepared statement. “The space at 400 Lafayette provides PebblePost the ideal location, size and buildout to move in quickly and continue to grow in a space that is in line with the company’s culture and business objectives.”