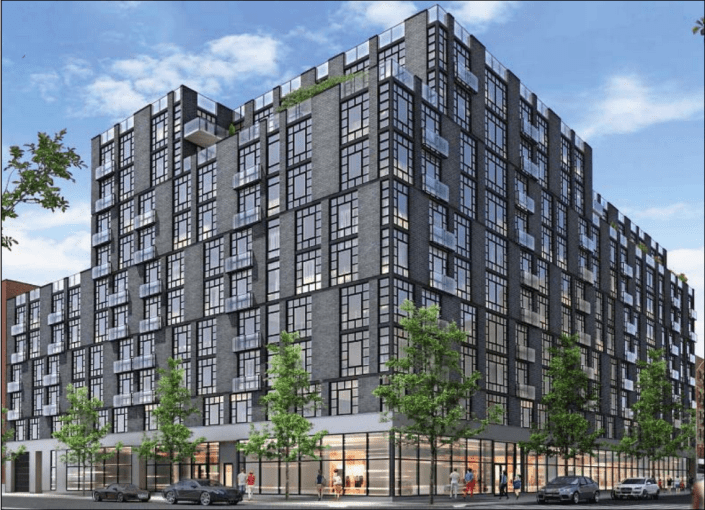 The lender declined to provide the precise terms of the financing, but noted that its typical bridge loans earn an interest rate between eight and 11 percent and range in duration from one to three years.

The lot, which Cornell purchased in December 2014 for $16.5 million, is shovel-ready for construction of a 155,000-square-foot condominium development, according to Josh Zegen, a managing principal at MRC.

The borrower is a repeat client, Zegen said. “We worked with them when they bought an industrial property in Brooklyn, so they knew the certainty and flexibility,” that Madison could provide.

The condos will be aimed squarely at the neighborhood’s hasidic jewish community.

“Given that their average family is very large, there is a need for more housing for the community,” Zegen said. “It’s not subject to…the condo market’s” regular ebbs and flows.

The latest permit on file with the New York City Department of Buildings calls for a six-story building of 68 units, with ground-floor retail frontage along Myrtle, Throop and Vernon Avenues. The developer plans to lease the commercial space to a supermarket in order to take advantage of a New York City program—Food Retail Expansion to Support Health, or FRESH—that financially incentivizes grocery tenants.

Karl Fischer Architect will design the development, according to its website. An architect for the firm associated with the project declined to comment.

Rising prices and the community’s expansion have pressured the hasidic community to expand its residential footprint beyond its traditional South Williamsburg stomping grounds, such as to this address, on the northern border of Bedford-Stuyvesant.

The market “is pushing the community further and further,” Zegen said. “For them, they want to be around their own community.”